Hindustan Aeronautics Ltd (HAL) has filed a draft proposal with the Securities and Exchange Board of India for an initial share sale, as the government finally decided to take the state-owned aerospace and defence firm public after moving back and forth on its plans for five years. 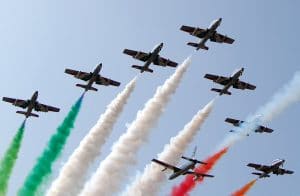 A plan to list HAL was originally approved in 2012 but the firm faced disclosure-related hurdles as it did not want to make key information public. The company, in conjunction with its merchant bankers, in 2013 sought an exemption from the capital markets regulator but did not get one.

The long-awaited IPO is now scheduled for calendar 2018. It comprises a sale of 36.15 million shares by the government. The sale will result in a 10% dilution in the government’s stake, which currently stands at 99.99%, according to the draft red herring prospectus (DRHP). HAL will get three years from its listing date to meet SEBI norms of at least 25% public shareholding.

The issue size is estimated at Rs 1,500-2,000 crore ($225-300 million), two people privy to the development told VCCircle. A third person familiar with the development, however, pegged the issue size above Rs 2,000 crore, as India’s defence sector will see exponential growth under the government’s ‘Make in India’ initiative.

HAL, which makes military aircraft and helicopters, will become the first defence and aerospace sector manufacturer to list on the bourses. There are no listed companies that are direct competitors of HAL.

However, there are a clutch of defence companies such as Bharat Electronics Ltd, Reliance Naval (formerly Reliance Defence Engineering after acquiring Pipavav Defence), besides conglomerates such as Tata Group, Mahindra Group, Larsen & Toubro and Cyient that have defence and aerospace verticals.

HAL’s IPO, among many other offerings of state-run companies, is part of the record disinvestment target for the current financial year to contain the fiscal deficit at 3.2% of gross domestic product.