The Indian government’s digitalization initiatives are likely to transform the Indian consumer economy as digital payments become the norm. 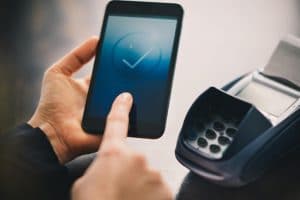 Dr Ajay Kumar, Additional Secretary to Government of India – Dept. of Electronics and IT, believes the country is on the brink of a “tsunami” of digital payments, especially as internet penetration and mobile phone uptake soar on the subcontinent.

“India is on the threshold of a watershed moment as far as digital payments are concerned,” Kumar told a recent conference.

“Two years ago, electronic authorization was about one million (transactions) a day. Last year it was five million a day. Today it is about sixty million a day! So it is like a tsunami of digitization that’s happening in India,” he said.

Kumar feels that while the government is pushing several initiatives – the surprise demonetization initiative was a clear statement of intent – the private business sector needs to do its own bit to push digitization of payments too.

“While the government would provide all the support you need in terms of policy framework, don’t expect the government to drive innovations. We all have to make digital more attractive than cash, and (Indians) possess the tech to do this,” he said.

“What has to happen is that small value transactions that are large in volume need to become digital. Like transportation, electricity and water payments, phone recharge bills, school and college fees and so on,” he explained.

Security, especially on mobile phones, remains a major barrier to digital payments for many Indians. Last year the Reserve Bank of India (RBI) reported over 16,000 cases of financial cyber-crimes in the country; most of these involved credit cards, debit cards, net banking and ATM transactions – and that’s likely to just be the tip of the iceberg.

Kumar further informed that they are looking to create safety standards for this so that they are able to usher in a much more secure and safe mobile ecosystem.