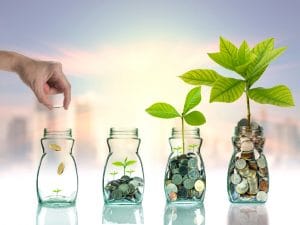 The reason for Modi’s insistence can be attributed to the impending GST rollout, next week. He also mentioned that the country has attracted the largest FDI (foreign direct investment) in the last three years.

PM Narendra Modi is on a three nation tour to Portugal, US, and the Netherlands respectively. During the US leg, PM Modi had a roundtable meeting with the top 20 American CEOs in Washington DC.The CEOs present at the roundtable included Apple’s Tim Cook, Google CEO Sundar Pichai, Microsoft’s Satya Nadella, Walmart’s Jeff Bezos and John Chambers from Cisco among others.

Since the world is focussed on the Indian economy and government is working towards improving the quality of life since coming to power. Factors such as a young population and a rising middle class are generating interest from global players in fields such as manufacturing, trade and commerce, and people to people communication. To do so requires global partnerships and this is what the government wants to establish.

Other topics that were discussed in the meet were Digital India initiatives, skill development, the impact of demonetisation as well as India’s accelerated thrust for renewable energy.