India’s first government-owned co-working space for startups is set to come up in Mangaluru, offering cutting-edge technology such as 3D printing and new-age digital infrastructure, such as high-speed Internet. 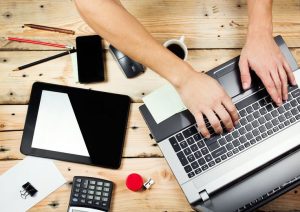 The initiative is being led by commerce and industry minister Nirmala Sitharaman as part of the Member of Parliament Local Area Development scheme. The government is trying to work out a sustainable revenue model for the facility designed to accommodate 100 people.

A team of officials is consulting with some of the leading Delhi-based co-working space owners to finalise the design and functioning of the Mangalore facility. The workstations will be made available at a price nearly half the market rate being charged by privately owned social workspaces.

Sitharaman’s office is also reaching out to other government departments and ministries to build synergies and meet the costs of getting the place up and running. For instance, the Ministry of electronics and information technology has been requested to provide the best possible internet connectivity under the Digital India initiative for startups. The government wants to create space for hardware development and experimentation with readily available 3D printing equipment.

At a later stage, a patent facilitation cell would also be made functional at the workspace to help easy access for startups. While Nasscom has been roped in to provide the technological backup, the Kannada Chamber of Commerce is also pitching in with the building and the management of the space where the co-working facility will be housed.

The government is also finalising the plan for setting up India’s first start-up district in Mangalore. It would have several specialised incubation centres, and 20 tinkering labs for schools aimed at encouraging the creation of innovative solutions in areas such as agriculture, health and education.