Mitac Holding has announced a plan to invest in India-based Infopower Technologies and will become a major shareholder of the firm. Infopower is a manufacturer of printed circuit board (PCB) and an electronics product assembly service provider. 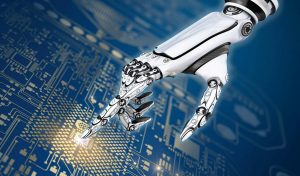 The two firms expect the cooperation to expand their business reaches. Infopower’s manufacturing base is located in Noida, India and Mitac is looking to leverage the factory’s production capabilities to strengthen the presence in the embedded product, industrial PC and car electronics markets.

The investment will be completed by the end of September; however, Mitac has not revealed the amount of the investment or the shares in Infopower.

Mitac’s consumer electronics products such as portable navigation devices (PNDs) and driving recorders so far have not yet entered the India market, but the partnership with Infopower is expected to help Mitac introduce its devices into the India market especially since Infopower is a major Internet of Things (IoT) for the car sector in India.

Infopower is a Sahasra Group company. The India-based Sahasra was set up in 2000, consisting of six business groups providing end-to-end electronic solutions from design, manufacturing to distribution.