As the Indian market embraces the 4G Long Term-Evolution (LTE) technology ecosystem in a big way, global chip giant Qualcomm finds it natural to innovate for the growing 4G market in the country. 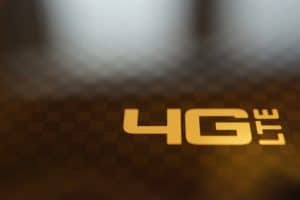 According to Counterpoint Research’s “Market Monitor” service, LTE-installed base of mobile handsets crossed 150 million units in India — behind only China and the United States — and is estimated to surpass the US in the next one year.

Leading the 4G data race is Reliance Jio that has garnered 125 million customers across the country. Since its launch 10 months back, Jio has added seven customers per second on an average.

“The Indian market is rapidly transitioning into a 4G LTE market which marks an excellent opportunity for us,” Larry Paulson, Vice President and President of Qualcomm India, told IANS.

“Our roadmap at this point entirely consists of 4G LTE. We already carry a rich legacy in 2G and 3G technology in India,” Paulson added.

In March, the company announced Snapdragon 205 mobile platform that is targeted at 4G feature phones. Qualcomm believes the users in India give importance to value and that is why the company is focused on the value proposition.

“First and foremost, there is a long line of lessons in doing business in India. It is very important to listen to the market and the market has a high emphasis on value,” the executive said.

Acknowledging the company’s upward growth trajectory in the country, he said: “From a presence point of view, yes, we have grown. We have an engineering centre in Hyderabad, a development centre in Bengaluru and a wireless division in Chennai.”

The company stressed that it would continue to work on research and development and engineering technologies in the country. Qualcomm is also confident about the newest addition to the Snapdragon 400 chipset family.