Uber has launched UPI-based payments system on its app in India. UPI stands for United Payments Interface, and allows users to make payments directly from the bank account, rather than relying on cash, digital wallet or their debit card information. 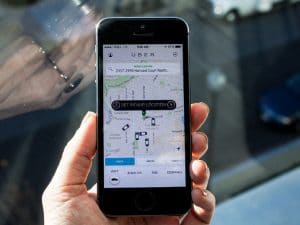 The government of India had launched a UPI-based app called BHIM (Bharat Interface for Money) last year, which is integrated with UPI. In Uber’s case, a user will now have the option of direct integration with the UPI platform to make payments. It should be noted that rival Ola had has the option of making UPI-based payments for sometime now on the Android app.

Uber’s new UPI integration is only launched for riders, and the feature will take time to roll out for all users. For drivers, the company is still working on UPI integration. Uber says users should see the new payment option reflect in a couple of days. While we could see the feature on Android phones, on iOS it is not yet present so that could take time.

UPI will be added as another payment option in the Uber, and a user can then link their account to the app. Just like in the BHIM app, the mobile number is linked directly to a bank account, it will work the same way in Uber. A user can also create a new UPI based account for payments. However, a user will have to enter the UPI pin to authorise the transaction, and it will be directly debited from the bank account.

Uber says this will make payments more seamless for users, as they won’t have to worry about receiving OTP, which can be an issue when relying on debit/credit cards in India thanks to the RBI guidelines. Also unlike digital wallet Paytm, no minimum balance will be needed for carrying out rides using UPI.

Many Ways IoT-Enabled Sensors Can Help In Logistics

Explain Network-On-Chip (NoC). What Are The Advantages Of NoC Design Over SoC Design?

Buzz Editor Team - December 4, 2020
0
He plans to create footprints and have a wider reach of BPE and their products Sahoo has immense experience in distribution network where...

Buzz Editor Team - December 4, 2020
0
The Series C funds take total funding of Voi over the last four months to $190 million including the $30 million announced in...