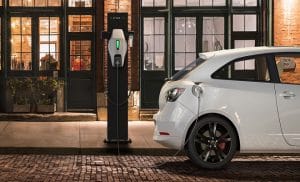 According to a report by the Economic Times, Electric scooter manufacturer Ather Energy will start a new manufacturing facility in Hosur, Tamil Nadu. It will have an initial installed capacity of 100,000 units later this year. The move will meet the demand for electric two-wheelers in the local market.

The report added that presently, the company has a single manufacturing unit in Bengaluru. It has a total installed capacity of 20000-25000 units. Ather Energy CEO Tarun Mehta told ET that the company is in the mid of expanding its capacity in a large way. It is looking at a space of around 400,000 sq feet in Hosur, Tamil Nadu. He added that the operations will start with an initial capacity of 100,000 units in the next six to nine months. The production will be ramped up in a phased manner which will depend on market demand.

Ather had launched electric scooter Ather 450X just a day back at a price starting from Rs 99,000. It expects to close the next fiscal year with the sale of 30,000 units said the report. The company also targets to reach annual sales to a million units in the mid-term. It will sell the scooter in Bengaluru, Chennai, Delhi, Mumbai, Hyderabad, and Pune. It will also expand to four more cities in the next fiscal year. These cities are likely to be Ahmedabad, Kochi, Coimbatore, and Kolkata.