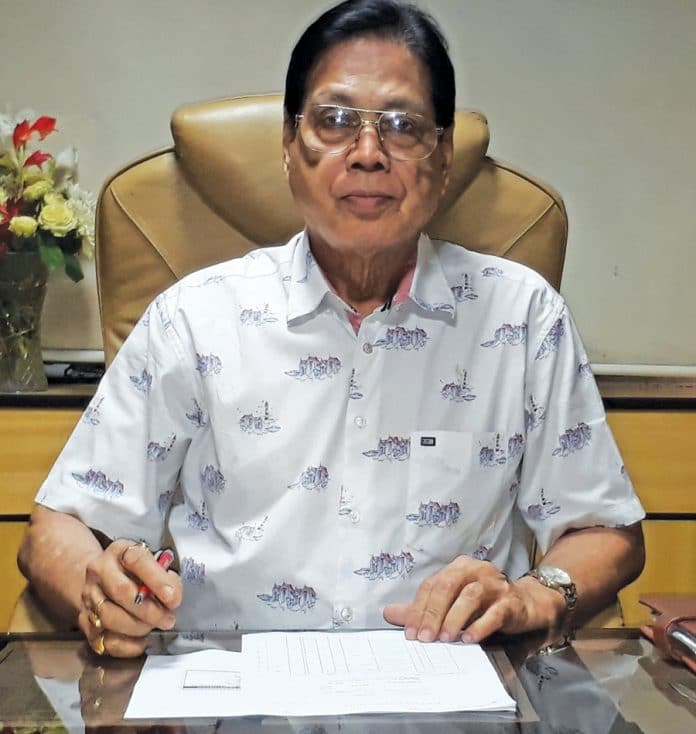 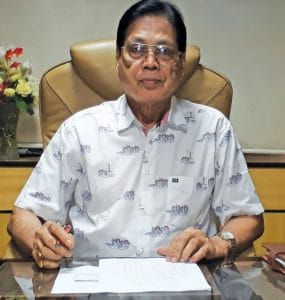 A childhood dream to set up a factory that made innovative products led S.K. Roy Choudhury, MD, GP Tronics, to become the owner of a leading Indian power electronics manufacturing company with a special focus on solar power equipment like inverters, MPPT chargers, data loggers, etc. In a candid conversation with Sudeshna Das, senior executive editor at EFY Group, he shares some inspiring vignettes from his life.

About myself
Born: December 26, 1943
Education: B.Sc (Honours) with a specialisation in electronics and telecommunications

My family
I was born in a zamindar family in what was then East Bengal (present day Bangladesh), where my father administered his property and my mother was a housewife. After the partition of India, we migrated to West Bengal, at which point we were without adequate financial resources. I could not have continued with my studies had I not got a scholarship throughout my school days. While studying in the higher classes, I earned money giving tuitions and supported my younger sister to complete her studies.
We were four brothers and six sisters. My surviving elder brother has retired from the Indian Foreign Service. Of my four sisters, three have completed their master’s degrees and are well settled.
My wife is a successful businesswoman. I have two children. My daughter is an electronics and telecom engineer, and has completed her MS and MBA from American universities in Maryland and Austin, Texas, respectively. My son passed out from BITS, Pilani and has an MBA from IIM, Calcutta.
My wife has been a major inspiration throughout my life. Getting married to such a dedicated and ethical person helped me a lot in becoming successful. She even sold her jewellery to support my business during a crisis.

Turning into an entrepreneur
Right from my childhood, I dreamt of setting up a factory to produce innovative products, though, back then, I was not able to visualise anything specific. In 1976, I got an opportunity to interact with some people in a Japanese company. The chief executive of that firm was communicating with a Singapore based company for submitting a tender of a very high value, and failed in his efforts due to a power cut. He then tried to find out whether it would be possible to receive power from the Telex exchange. At that point in time, I was working as an assistant engineer in Telex (under the Department of Telecom). I realised that a Telex exchange is always operative due to power backup from a high capacity battery bank, which is charged by grid power when available. This sparked off an idea—that an exchange can run uninterruptedon a battery. I started thinking about whether it would be possible to charge the battery and convert DC into AC during a power cut. After two years, I resigned from service and my dream of setting up a plant became a reality. I developed a product called an inverter (home UPS system), which was the first in the country, with a capital of just ₹ 4,700. Since then, I have never looked back.

Continued success
Headquartered in Kolkata since 1978, the company has several firsts to its credit. These include the manufacture of the first indigenous inverter in the country in 1978, and the first solar inverter, back in 1995. The company’s first commercialsolar inverters were installed in 1998 at Sagar Island, and it manufactured the solar inverters for the first MW solar photovoltaic plant in India set up at Asansol in West Bengal in August 2009.
I would describe myself as the frontrunner, who established a new type of industry platform. I am always looking out for innovation and opportunities to expand, while maintaining business ethics.

Preferred work environment
I am always keen on getting tangible work processed, planned and implemented in a day’s time. Because, if innovative thoughts can be converted into strategic action plans and then implemented, productivity increases.
I have always wanted my workplace to be one in which I see the smiling faces of my colleagues. This gives me utmost joy and satisfaction. After all, they have similar values in life, and I like to see them grow and excel.

Defining success
Success is not the goal. It is a path on which you walk. It is a continuous process, a journey. Reaching the top of Mt Everest is not success. The way one climbs defines success. There is success in failure as well, if you learn from it. The day you stop learning, you stop succeeding. If you want to be a successful person, you should be able to deliver without a manager in place.

The qualities that I like the most
One quality that I really think is important is the right attitude. One must be passionate about continuous learning. I like people with a strong technical knowledge, business commitment and the ability to administrate.

Management style
I lead a team that has the ability to work in line with the management’s vision. I believe that the right administration is important, which is why I am able to run my organisation with 153 employees without a union. I always try to know my team members individually and understand them better, so that I can respond to their social needs and support them during a crisis. Ultimately, what matters is delivering a high quality product on time and that can only happen by being loyal to the project. My team members are committed to contributing 100 per cent of their abilities to the job at hand.

The future
I want the next generation to take the lead and grow the organisation while I sit back, but I will guide and support them with my experience and vision. I would prefer a smooth taking over of the reins by the second generation, while I get involved in social work supporting the underprivileged.