The new US-India Strategic Partnership Forum (USISPF) that was announced on Wednesday can shape up the Indian digital payment and economy sector and help the GDP grow, a top government official notified media. 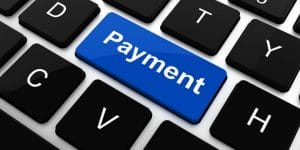 India’s digital economy stands at 15 percent and it has the potential to increase the GDP growth of the country more than others. Aruna Sundararajan, Secretary Department of Telecommunications notified that this strategic partnership will be a game changer in this sector and it will also have a great impact on digital payment because India work with a lot of US companies in this area.

Sundararajan said the government was laying 500,000 kilometers of optic fibre to connect rural areas to the internet and half of it has already been completed. She added that it will become operational by the end of this year. The Secretary pointed out that the new US-India partnership can play a part in this area too in order to bring more Indian villages within the networking zones.

She added that the digital partnership demonstrates synergies between the US and India for what it has accomplished. “We have seen seamless integration in silicon valley between the US technology companies and India,” Sundararajan said. Cyber Security Coordinator at Prime Minister’s Office Gulshan Rai said as part of the sound and strategic partnership, both the countries need to work on security as the cyber attacks can happen in either of the countries.