Thin film companies file for bankruptcy: Will it impact India? 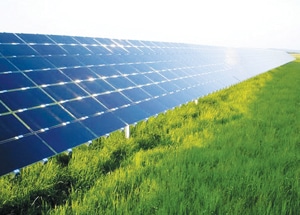 While globally, major names in thin film are exiting the solar market, in India, 55 per cent of all installed capacity is thin film base

With some major thin film companies filing for bankruptcy globally, the future of the new PV technology seems to be bleak, even before it could take off properly. With the infamous exit of the US based company Solyndra, the pace of filing for bankruptcy has recently accelerated with Oredsun, Konaraka and Abound Solar going out of the thin film space. Even the biggest thin film manufacturer, First Solar, is feeling the heat, while Q-Cells from the old establishment has written off its investments in two of its thin film divisions—Calyxo and Sunfilm.

Low price is no longer a strength

The low price of thin film solar cells has been the major criteria for its wide acceptance in the industry. However, this strength is its biggest challenge today. As the price of silicon based PV is at an all time low, this is posing a serious threat to the cost advantage enjoyed by thin film manufacturers. This is also because silicon based PV is a proven technology, whereas thin film technology is still evolving.

While some companies have already filed for bankruptcy, others have lost their market positions in the last one year. According to reports, Suntech’s a-Si division, which was set up in Shanghai with SunFab equipment from Applied Materials, plans to retool to manufacture high efficiency crystalline silicon (c-Si) cells. Another major in thin film, Moser Baer’s recent results do not inspire any confidence in the success of its thin film venture. Signet Solar, one of the best known a-Si startups, is also facing a bleak future with recent news of it cancelling its expansion plans. Despite its big claims, the survival of the thin film division of Oerlikon Solar, too, is in doubt due to sharp order cuts.

Will India be hit?

While globally, major names in thin film are exiting the solar market, in India, 55 per cent of all installed capacity is thin film based. The situation in India is quite different. Here, more thin film installations are being done as the price is much lower than that for c-Si modules. Abound Solar, the company that recently filed for bankruptcy, was in the news for commissioning solar plants in Andhra Pradesh and supplying modules for a project being carried out in Rajasthan in January 2012.

One of the biggest reasons for such huge installations has been the National Solar Policy. While the government has good intentions of promoting the use of solar energy, it has neither got into R&D nor motivated domestic players to do so. “As per the recent government policy, there is no restriction on the import of thin film modules. It is becoming all the more difficult for domestic c-Si module manufacturers to compete due to huge differences in price,” shares Biju PC, manager, sales and marketing, Emmvee Photovoltaic Power Pvt Ltd. Even the c-Si module manufacturers are now taking up thin film projects in India. Recently, Waaree, despite being a c-Si module manufacturer, has undertaken a 5.75 MW thin film engineering, procurement, construction (EPC) project at Shree Saibaba Sugar factory in Maharashtra.

However, with global thin film suppliers failing to compete in the market, a large part of the installed capacity in India is at risk if their modules are backed by companies who have already filed for bankruptcy or are in the process of doing so. Also, there is an urgent need for thin film companies to invest in R&D in order to come up with new innovations that will enable them to compete with silicon based technology.

- Advertisement -
Previous articleManufacturing sector faces slow down: FICCI
Next articleWith a 20-20 vision, Sahasra is all set to go much ahead of the curve