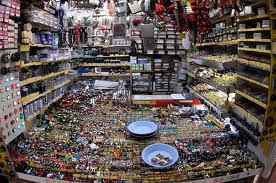 Manufacturing sector faces majow slow down during July-September quarter, due to rupee depreciation and slowdown in demand.Rupee depreciation has presumably affected the sector’s competitiveness severely over the last few months, says a Ficci’s quarterly report on manufacturing.

According to the survey, which drew responses from 418 manufacturing units and associations, 46 per cent respondents expects that the sector’s growth would be low in the second quarter of this fiscal. The manufacturing sector which constitutes over 75 per cent of the factory output, did not perform well as it grew a meager 2.5 per cent, as against 6.3 per cent in May, 2011.

- Advertisement -
Previous article
Drafts solar policy for UP
Next article
Thin film companies file for bankruptcy: Will it impact India?

Vaishali Yadav - December 9, 2022 0
The union commerce ministry said that IT/ITeS units in special economic zones can allow 100 per cent of their workforce to work from...

EB Bureau - December 9, 2022 0
Hailing from a highly educated, partition-affected family with a rich musical and cultural lineage, being a pioneer of the computer revolution in India, Ajai...

Vaishali Yadav - December 9, 2022 0
Laced with the latest laser technology and higher power conversion efficiency: Optoma A 34% reduction in size as compared to the previous generation...

Sharon Katta - December 8, 2022 0
Placed by Team Global Express, these trucks will hit the streets of Sydney in 1Q23. This is Volvo’s largest electric truck order to date...

ESDM-Hub in the Making: EPIC Partners With Odisha

Vaishali Yadav - December 8, 2022 0
The proposed initial product line for the collaboration will include manufacturing an Indian tablet PC with global quality Underprivileged people of the state...