Telangana’s IT Minister K T Rama Rao has requested Union Minister of State for Communications Manoj Sinha to hold the India Telecom Summit 2018 in Hyderabad as the state government plans to announce an industrial park dedicated to telecom manufacturing.

The state’s Department of Information Technology, Electronics & Communications (ITE&C) has introduced a progressive and business-friendly IT Policy in 2016 followed by nine sub-sector policies, for promotion of electronics promotion, IoT, data centres, among others Rao said in a letter addressed to Sinha. 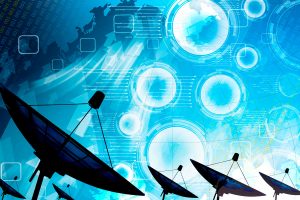 “Owing to our proactive policies and stable political environment, we are seeing immense traction for R&D and manufacturing of electronics and IT products in the State,” Rao, also called as KTR said.

Under the BharatNet project, Telangana government has decided to follow the ‘State Led Implementation Model’ with Telangana Fiber Grid for layout of optical fibre with an aim to connect each and every home in the state to very high speed broadband, he said, adding, this will create a very big market for telecommunication equipment in the state.

“We plan to announce an industrial park dedicated to telecom manufacturing along with industry specific subsidies and incentives. This summit will help the industry leaders to exchange ideas to create a roadmap for accelerating R&D and manufacturing growth across the telecom and ICT sector,” he said.

The Telangana government shall strive to gather participation from more than 500 prominent key industry figures, experts and professionals including heads of regulatory authorities, chairmen and CEOs of leading communications service providers like Reliance, Airtel, Vodafone among others and industry influencers like TRAI, ACTO, TEMA, the minister said in the letter.
Source PTI