Govt stresses on creation of clusters for electronics manufacturing 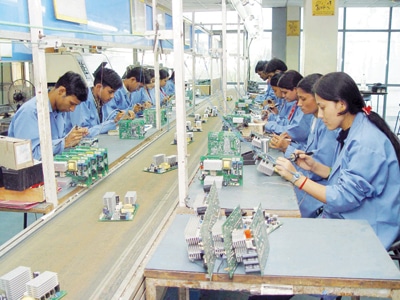 Addressing the Freescale Technology Forum (FTF) in Bengalure on Aug 23, 2012, Joint Secretary for Department of IT, Ministry for Telecom and IT, Ajay Kumar, said that under the recently announced Rs 10,000 crore package to encourage big manufacturing in India, emphasis will be given to incentives and subsidies to electronic system design and manufacturing (ESDM) companies, creating clusters and driving demand for electronic products.

Support for the companies will include 20-25 per cent of capital incentives and reimbursed tax for selected projects, he said

“The incentive can be availed by any company irrespective of the aspect of the value chain they represent (such as accessories or OEMs), Indian or multinational,” Dr Kumar said, adding that domestic electronic system manufacturing has become a priority due to security concerns and the need to cut down the amount of import of electronic components.

The subsidies for companies will be available for ten years from date of approval and application to avail the subsidy should be submitted within the next three years.

Government is also gearing up to set up ESDM clusters across the country which will serve as key infrastructure for the hardware production ecosystem. Cost assistance of upto 50 percent of the total cost will be provided for greenfield clusters.

“There is enormous interest among the states to set up clusters. Punjab has announced a cluster, Andhra Pradesh has plans to set up two clusters in Hyderabad and Visakhapatnam, while Kerala has designated one cluster in Kochi,” Kumar said.

In order to promote electronic hardware, the government will accord preference to domestically produced equipment irrespective of Indian or foreign manufacturers. It has also set up an electronic skills council to create human resources for the sector is looking to set up a telecom skill council soon.

Freescale flagged off the eighth edition of FTF with the theme ‘Powering Innovation’, demonstrating aspects of technology such as the ‘smart grid’ which would help cut down power leakage and bring in accountability.

Vaishali Yadav - November 28, 2022 0
The start-up hub was inaugurated at the 'Software Technology Park of India', which is the 63rd STPI centre in India and the fifth in...

BEL’s JV with Thales to make Radars yet to get green...