Asserting that today information highway is the biggest indicator of development, Manoj Sinha, Union Minister of State (Independent Charge) for Communications, said by using the ultra-modern technology of ring architecture, Chhattisgarh has become the first State in the country to provide digital connectivity at the gram panchayat level.

Chief Minister Dr Raman Singh said that Chhattisgarh is entering a new era of digital revolution today. To reduce the digital disparity between rural and urban areas through the project, 5,987 village panchayats in 85 development blocks will be connected through optical fiber network enhancing digital connectivity.

Today a long leap was taken by Chhattisgarh towards achieving the dream seen by Prime Minister Narendra Modi of Digital India, with the signing of a Memorandum of Understanding with the central government for providing digital connectivity to over 5900 gram panchayats. The MoU will pave way for laying optical fiber network connectivity to these villages, wherein, 32,466 kms of optical fiber network will be laid in the state.

The MoU was signed by Sanjay Singh, Administrator, Universal Service Obligation Fund, Union Ministry of Telecommunication on behalf of the Central Government and by Sanjay Shukla IFS, Secretary, Department of Electronics and Information Technology, Government of Chhattisgarh. Chief Guest on the occasion was Manoj Sinha Union Minister of State (Independent Charge) for Communications while the function was chaired by Chief Minister Dr Raman Singh. Present on the occasion were Raipur MP Ramesh Bais, Chief Secretary Vivek Dhand, Principal Secretary, Department of Electronics and Information Technology Aman Kumar Singh besides many senior administrative officials and public representatives.

Asserting that two dates will become most significant in the history of Chhattisgarh, Manoj Sinha, Union Minister of State (Independent Charge) for Communications, said the first date is November 1, 2000, when the state came into existence and the second date will be December 30, 2017, when the Memorandum of Understanding (MoU) between the Central and State Government is being signed today for the second phase of Bharat Net project here. He announced that the Centre has ayed an amount of Rs 1,830 crore for establishing 1,028 mobile towers in LWE affected areas.

Addressing the august gathering the Union Telecom Minister said today instead of economic position, status of a person is evaluated from the fact whether he or she is on-line or off-line, which has become more significant. The Bharat Net project which is being implemented with the assistance from states is the biggest example of cooperative federalism and Chhattisgarh has achieved numero uno position in this implementation. He said eight states have come forward of their own and signed contracts for implementation of Bharat Net Project in their respective states, wherein, the contract signed by Chhattisgarh is the most unique and the best one.

Sinha said the Bharat Net project which has been termed as the biggest connectivity expansion optical fiber laying project in the world, every equipment, software and hardware being used in this project carries the tag ‘Made In India”. Sinha said India had been behind schedule in implementing 2G, 3G and 4G network but it will be on schedule in implementation of 5G network. Praising the Chief Minister, Sinha said Dr Raman Singh is developing the state with an scientific approach and that is the reason why the centre is supporting Chhattisgarh with a step ahead in comparison to other states.

On the occasion Sinha, who also looks after the portfolio of Union Minister of State for Railways, announced that under Railways, an amount of Rs 3679 crore has been sanctioned for Chhattisgarh alone. He also informed that the first Post Payment Bank has become operational from Raipur and Ranchi and by March 31, 2018, another 26 Post Payment Banks would be operational in Chhattisgarh and by the same time 1.55 lakh such banks will be operational in whole country. Accordingly Core Banking Solutions for post-office banks have been completed. He said recently 2500 Gram Dak Sewaks have been appointed and in next one year several post-offices as demanded by the state government will be opened in the state, particularly in LWE infested areas.

Chairing the function, Chief Minister Dr Raman Singh said under the second phase of Bharat Net Project, 5987 village panchayats in 85 development blocks will be connected through optical fibre network with an investment of Rs 1624 crore. He said preparations are underway for laying 32,466 KMs of optical fibre network in Chhattisgarh for connecting all village panchayats. This will be very significant for augmentation of communication network in the whole state of Chhattisgarh comprising of dense forests, LWE affected areas and plains.

Chief Minister said the priorities of development of villagers, even those who are residing in remotest area of state like Abhjmad have changed. Today they are demanding mobile and internet connectivity. He said for providing digital connectivity in the state three projects worth Rs 3400 crore including the Bharat Net Project, Bastar Net Project and SKY are underway on war footing.

Chief Minister said connectivity will be ensured but asked the various state government departments whether we’re ready to use this connectivity. Do we have detailed action plan for its usage. He called upon the senior officials to prepare Network Utilization Plan and Contact Development Plan within next 3-4 months, they only he said he will be sanguine that the state is ready to utilize this kind of connectivity. He said he is waiting for the day when he can direct video conferencing meetings with all over 10,000 village panchayats in the state. 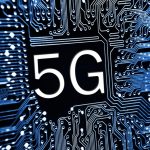