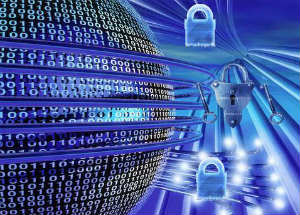 January 28, 2015: With the objective of understanding the potential of the Indian security industry, the Security Promotion Group of India (SPGI) organised a seminar on ‘Indian Security-The Next Chapter’ in New Delhi. One of the key discussion points at the event was the changes and improvements that need to be done to secure the future of the industry.

The main idea behind organising the event was to highlight the numerous reoccurring concerns like product standardisation, taxation, new incentives and many others, with an eye on the the growth of the industry. The list of attendees included the top brass like CEOs, MDs and GMs from giants like Honeywell, Sony, Samsung, Motorola, Verint, Securico, Alba Urmet, Fujitsu, Sparsh, Aditya Infotech Ltd, Larsen & Toubro, Schneider, UTC and many others.

Malay Srivastava, executive director at the India Trade Promotion Organisation (ITPO), while speaking about the future of the industry, assured all the industry players that, “ITPO will take pro-active measures to bring about qualitative improvements year after year.” Sanjeev Sehgal, chairman, SPGI said that a more structured industry would emerge by creating a base of skilled manpower and also by taking advantage of government incentives and policies.

Further, while highlighting PM Narendra Modi’s ‘Make in India’ campaign, Sehgal emphasised the role ITPO has played in promoting indigenous products and in procuring business for the industry from both domestic and international markets. He also introduced the Technical Gadget Assessment Centre, which he explained would work as a platform for exhibiting, demonstrating, as well as the trial and testing of different security equipment in actual operational conditions on a NCNC (No cost, no commitment) basis.

S K Marwah, director, DeitY, spoke about the new incentives given by the government to the electronics sector, which would help the industry advance. He further added that in order to bridge the gap between local demand and supply, there is a need to develop an electronics ecosystem, hence reducing the reliance on imports by manufacturing products indigenously.

While addressing the industry’s on going demand for standardisation of electronic security products, D Goswami, scientist and head, Electronics & IT, Bureau of Indian Standards (BIS), spoke of bringing out a standardisation policy for indigenously manufactured products and also for imported products, in order to deliver the best quality product to end users and also to ensure global acceptance of Indian made security products. He also emphasised the need for more R&D to back Indian made products, as in the western countries.

Rajoo Goel, secretary general, ELCINA added that those in the industry should look beyond importing and plan to manufacture domestically, perhaps to add value to the supply chain.