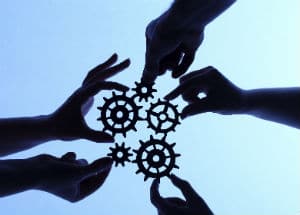 The government of West Bengal is all set to woo investors to its latest Bengal Global Business Summit, which is to be held on January 7-8, 2015 in Kolkata. Flagging off the ‘Bengal Leads 2015–Investment Roadshow’ at FICCI’s Federation House at New Delhi, Dr Amit Mitra, minister-in-charge, finance, excise, commerce and industries, public enterprises, industrial reconstruction as well as the IT and electronics departments, government of West Bengal, spoke about the investment opportunities in the state.

The West Bengal government boasts of having doubled the state’s industrial output and its GDP since it assumed office. The state also doubled its tax collections from Rs 210 billion to Rs 400 billion in 2013-14 and aims to reach Rs 450 billion in the current financial year.

With the new policies in place, the state government has ensured ease of doing business, which is a big step towards encouraging investors. In order to promote SMEs in the electronic system design and manufacturing (ESDM) segment, in particular, the government will be building clusters in selected cities including Kolkata, Falta, Asansol, Kharagpur, Purulia, Kalyani and Siliguri. The West Bengal government aims to build at least 15 such clusters over the next five years.

Leveraging existing strengths, the state government is striving to attract more investments in to verticals like lighting, smart meters, security systems, set top boxes, industrial and medical electronics, etc., as well as for ancillary units that support LCD and plasma devices, solar photovoltaics, LED equipment, and device level packaging too. Hence, impetus has been given to focused sectors for which the state government had announced a number of industry friendly policies to speed up the pace of industrialisation.

Factors boosting the growth of the state

Being promoted as an ideal investment destination, the state enjoys certain locational advantages. Apart from a local population of 90 million adding to local demand, the state also shares international borders with Bangladesh, Nepal and Bhutan and state borders with the mineral rich states of Bihar, Jharkhand and Odisha. West Bengal’s rapidly growing economy, vast expanding consumer market, availability of power, low cost of living and large pool of scientifically and technically trained manpower are some of its major strengths. Apart from this, in 2013-14, the state was ranked first with regard to bank lending to MSMEs. The state government has recently allotted 4000 acres of land for investments and another 3000 acres is expected to be disbursed in the next six months. The state also plans to create plug and play infrastructure, apart from greenfield parks for both hardware and software. All of this adds to the advantages of investing in West Bengal. Also, the government has woken up to the call to re-invent industrialisation across the state.