After the Supreme Court’s judgment on Aadhar details for verification, telecom service providers have been waiting for DoT’s directions for KYC details 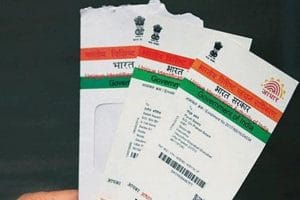 Manoj Sinha, telecom minister, India informed that the Department of Telecom (DoT) would issue its final decision on the Supreme Court’s Aadhar verdict. Earlier, the apex court did away with Section 57 of the Aadhar Act which prevented private telecom operators for subscriber authentication using Aadhar details. The minister said that the move would come after carefully studying the verdict.

The Unique Identification Authority of India (UIDAI) had earlier said that the telecom service providers must take appropriate steps for the know-your-customer (KYC) details after DoT’s directions on the same within six months from the date of request, failing which would result to deactivation of the number. The providers had been waiting for DoT’s directions to take up the necessary steps after the judgment.

Telecom operators were using the 12-digit code for verifying users, thereby reducing the duration of activation to less than an hour. The Aadhar-linking to mobile services accounted for over 500 million users. It has also been observed that more than 90 per cent of applications were filed using Aadhar details. Now the telecom providers are at a fix as to what steps to take for customer verification. UIDAI had earlier issued a clear statement asking telecom operators not to use Aadhar number for new SIM cards.