A proposal by the Ministry of Electronics and IT (MeitY) to set up internet connectivity at 5,000 locations in rural areas has hit a hurdle after some private members of the National Internet Exchange of India (NIXI) raised concerns over the manner in which the project was being executed. 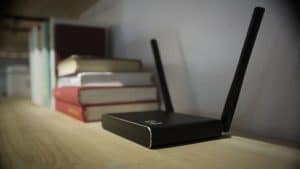 The primary objection raised by the members is against withdrawing ₹2.1 billion from NIXI’s account for the project without getting the approval of its Corporate Governance committee.

NIXI is a not-for-profit company, set up in 2003, under section 25 of the Companies Act 1956 of India, with representation from the industry. It was set up to act as an exchange to keep domestic Internet traffic within the country. But in 2005, it was given the additional mandate to manage the .in registry from which it now earns substantial part of its revenue.

On March 29, 2017, a proposal was sent to the NIXI’s board that since the company had surplus funds, ₹2.10 billion can be utilised towards undertaking a public interest project to promote and establish internet connectivity at 5,000 locations in rural areas and Wi-Fi services for providing tele-education, tele-health and e-agriculture.

According to the proposal, ERNET, a 100 per cent government-owned entity, would undertake this project after the sum is transferred by NIXI to ERNET.

While the private members of NIXI had no objection to the overall objective of the proposals, some of them wanted the project to be vetted by a Corporate Governance Committee and an external consultant to determine the feasibility and the actual cost of such a project.

Rajiv Bansal, Chief Executive Officer of NIXI and a Joint Secretary at the Department of Electronics and Information Technology, notified that the proposal had been approved by the NIXI board unanimously and the objections were raised by some of the private members as an after thought.