Samsung Electronics is planning many more smartphones for India this year, the local branch of the South Korean original equipment manufacturer (OEM) said on Thrusday. 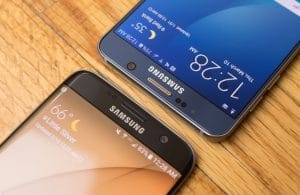 Despite positive results, the firm isn’t looking to rest on its laurels and is instead planning to continue its aggressive business strategy in an effort to maintain and ideally build upon that lead.

In a statement provided to local media yesterday, Asim Warsi, Senior Vice President of Mobile Business at Samsung India, stated that the tech giant will launch a wide variety of new devices by the end of the year and will also introduce additional services that are meant to complement them.

Samsung’s current success in India can primarily be attributed to the firm’s value-oriented products like the Galaxy J7 Max and Galaxy J7 Pro that were launched just yesterday boasting mid-range specs and affordable price tags that make them an attractive proposition for many consumers in the country.

Coupled with a recognizable brand, the handsets are expected to do well and help the company solidify its position on the market even further. The Seoul-based consumer electronics manufacturer has also been doing well in the entry-level and high-end segment of the Indian market, Warsi claims, adding that the phone maker’s local operations are bound to continue growing in the medium term.

Warsi’s remarks about new services that are slated to be released in the country likely refer to Samsung Pay (Mini) as the firm previously stated that it’s looking to expand the availability of its mobile payments solution to more devices that are sold in India.

Such services have recently been gaining significant traction in the country due to a sudden demonetization of several popular banknotes that led to a shortage of cash in late 2016, and Samsung is now looking to capitalize on that situation.