RISC-V, an open standard architecture has been launched to make designing of processor cheaper in India. 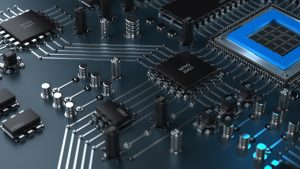 In a recent report, Telangana Today stated the Indian government has recently launched India Microprocess Programme which is all set to change the dynamics of the Indian electronics industry.

The programme being run under the Ministry of Electronics and Information Technology has started working on developing applications using the open standard architecture called RISC-V – started at UC Berkeley.

The RISC-V is open source architecture that makes designing of processor cheaper and more secure and two Indian institutes – IIT-Madras and Centre for Development of Advanced Computing – which are part of the RISC-V foundation – are developing cores.

SiFive co-founder and chief architect Krste Asanovic is the founding member of RISC-V and is also on the board of RISC-V foundation. The 180-member foundation set up in 2015 counts IIT-M, CDAC, Intel, Nvidia as its members and was set up with the aim of lowering cost and brings in flexibility in chip making.

Speaking at RISC-V Tech Symposium tour Keshav Dattatreya Nayak, scientist and former director general DRDO said that the RISC-V architecture meets the requirements for India to develop its own microprocessor and chips.

He further mentioned that it is easily available which means that there is no cost of licencing, secondly it is secure as the user can reconfigure and put additional inputs as they desire and finally it supports all kinds of software making it flexible. Nayak feels this is important for India if it wants to develop its own microprocessor and reduce its dependence on imports.