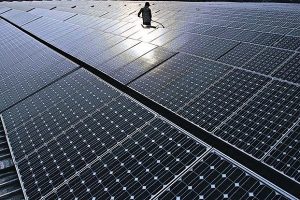 According to a report by Aljazeera, Qatar has signed an agreement with France’s Total and Japan’s Marubeni to build a solar power plant capable of producing 800 megawatts of energy. The report said that Qatar has invested $467 million for the Al Kharsaah plant located near Doha. It is expected that the project will be completed by 2022.

Half-ready by the first quarter of 2021

The report said that energy minister, Saad al-Kaabi said that it is expected that by the first quarter of 2021, half of the plant’s capacity will be up and running. He added that it will generate about eight times the size of the solar energy Qatar had pledged to build.

Marubeni and Total to hold 40 per cent stake