The right approach will benefit the whole mobile manufacturing eco-system in India. The focus on exporting mobile phones will have to increase 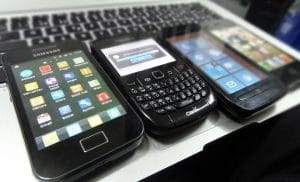 Growing rapidly based on strong demands for smartphones in the Indian consumer market, mobile phone manufacturing in the country has the potential to become a $230 billion export-oriented hub by 2025. However, the Indian government needs to provide policy boosts and tax incentives aimed towards ease of doing business in the country to help Indian mobile manufacturing industry achieve a potential of  $230 billion, a report by India Cellular and Electronics Association (ICEA) has claimed.

Another boost that Indian mobile manufacturing industry is capable of delivering will be in the form of increased revenues of businesses providing raw materials and components used in manufacturing smartphones. These include cobalt, zinc, cadmium, copper, lithium, metallic oxide and other carbon-based materials.

Businesses involved in processing these from their raw form to final form, can also register better profits, provided they are up for large scale operations.

Similarly, businesses involved in transporting finished mobiles phone products and raw materials from one point to another, may also see an upward trend in their operations.

‘Make in India’ for the world – export opportunity

The ICEA reports claims the total value of mobile phones manufactured in India in 2017 to be $20 billion. Out of this mammoth figure, smartphones worth only $100 million were exported as the rest were consumed by the local markets in the country.

These figures clearly hint towards another vertical that Indian mobile manufacturing industry can tap in terms of numbers and potential. The ‘export mobile phones’ approach however, would require ‘Make in India’ to have an infrastructure ready to produce for  the world  as well.

India’s location at a point close to Europe, Africa and Asian countries can also play a major role in increasing its export figures, especially when China made mobile phones are receiving mixed reactions from these markets.

It is worth mentioning here that total number of mobile phones manufactured in India during 2014 were 58 million, whereas the number jumped to almost four times that is 225 million in 2017. A total number 1.54 billion smartphones were sold in 2017 in the world.

Import duties on components and mobiles

The ICEA report has said that the Indian mobile phone manufacturing industry, if restricted to manufacture for Indian local markets, will not be able to achieve its full potential.

The government will have to step in and impose heavy import duties on components and imported mobile phones if it wants to promote local manufacturing. These steps will not only help achieve a mobile manufacturing potential worth $230 billion, but will also help in creating 47 lakh jobs and improved business opportunities for the whole eco-system in the Indian mobile manufacturing industry by 2025.