The dashboard was launched by Ravi Shankar Prasad, minister for electronics and IT, communication and law and justice while celebrating the 150th birth anniversary of Mahatma Gandhi. 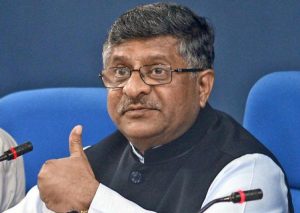 The ministry of electronics and IT (MEITY) launched an Automated Real-Time Performance Smart-board for effective monitoring and measurement of the key programmes of the government.

The dashboard was launched by Ravi Shankar Prasad, minister for electronics and IT, communication and law and justice while celebrating the 150th birth anniversary of Mahatma Gandhi. He also unveiled a ‘Digital Charkha’, an art installation, at Electronics Niketan that houses the Ministry of Electronics and IT (MeitY).

Digital Charkha is an amalgamation of the traditional design with a digital spin. The wheel of the charkha is made up of interlinked digital grids in place of fine threads, portraying that the core of Digital India is embedded in Gandhian philosophy of equality, unity and empowerment of ordinary citizens.

During the event, Prasad asked directed the National Informatics Center (NIC) to prominently place at least one thought of Gandhi on every website of the government. He said this will bring about the Gandhian approach in the functioning of the Government.

The Smart-board is aimed to be a single window access for Centre, State or District specific projects implemented by MeitY. It will provide real-time, dynamic analytical project monitoring for critical and high priority Programme of the ministry.

“The smart-board will enhance analysis through data integration (using APIs/web services) by consolidating multiple data sources into one centralized, easy-to-access platform. This automated real-time performance smart-board will promote transparency and enhance ease of working,” the ministry said in its release.