The Digital India program is delayed due to lack of telecom infrastructure, proper implementation of smart cities projects and data security issues 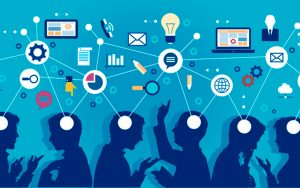 The KPMG report titled ‘Convergence Towards Inclusive Digital Growth’ has pointed out a series of constraints that are hindering the smooth functioning of India’s Digital program. It stated that the government’s Right of Way (RoW) rules for an easy roll-out of telecom infrastructure was posing as one of the major challenges. It further highlighted the tower policies that are not in compliance with the RoW rules.

The report also pointed out that lack of awareness among the masses about the various digital platforms could stand in the way of Digital India programme. Lack of digital literacy has been highlighted as one of the main constraints There is a huge population that is yet to keep up with the pace of opting digital transactions and communication. Many people prefer the cash mode over the digital ones for their businesses. Although the digital platforms have started including vernacular, apart from the English language, it is yet to gear up.

The KPMG report has further brought out the challenges faced by the smart cities mission. India’s smart city projects that offer incentives and guidelines to promote development are facing major challenges due to the lack of centre-states coordination.

Digital India is also reeling with the problem of cybersecurity. Around 3.2 million data records have been reported to be either lost, stolen or exposed in the country. As digital India brings out a huge amount of data, implementation of proper cybersecurity measures is of utmost necessity. The report further stated that over 130 million Aadhaar numbers and bank account details of about 100 million people were leaked through government portals in 2017.

KPMG has recommended data security, regulatory guidelines, development of digital infrastructure among others to beat these constraints.