A new global report on climate change has hailed India’s performance in the renewable energy sector, but it cautioned against the country’s plans to build new coal-fired power plants. 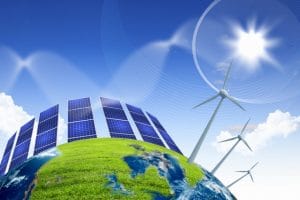 India moves to rank 11 in the Climate Change Performance Index (CCPI) this year, improving its standing by three places compared to the previous edition.

The report said, “most notably India improved its performance in the renewable energy category, joining the group of medium performers.”

Comparatively low levels of per capita greenhouse gas emissions and a relatively ambitious mitigation target for 2030 gave India an overall high rating in the emissions category, it added.

The Climate Change Performance Index (CCPI) 2019, published by Germanwatch and the New Climate Institute along with the Climate Action Network (CAN), was released on Monday at the UN Climate Conference COP24 in Katowice.

India becomes one of the global leaders in climate action

India has set an ambitious goal of generating 175 GW of renewable energy by 2022. Besides, the country has taken up various initiatives on smart cities, electric vehicles, energy efficiency programs and others, making it one of the global leaders in climate action.

Sweden leads the performance index securing Rank 4 with good ratings in emissions and renewables, followed by Morocco that has significantly increased its share of renewable energy capacity coupled with an ambitious national climate target.

However, the top three ranks of the CCPI 2019 remains unoccupied as none of the 56 countries or the EU are clearly on a well below 2-degree pathway in their overall performance.

China climbed to rank 33, entering the group of medium-performing countries for the first time.

As per the report, China performed relatively well regarding its emissions trend from 2014 to 2016, but emissions started to increase again recently.

Despite three consecutive years of stable CO2 emissions, the CCPI 2019 warned that the global emissions are rising again.

The report cited lack of political will of most governments to phase out fossil fuels with the necessary speed as the reason behind the rising global emissions.

Jan Burck, co-author of the CCPI at Germanwatch, stressed that while the G20 summit has shown strong support of 19 countries to support the Paris Agreement, the political will of those governments to set the right frameworks and incentives for its national implementation is not yet reflected in these words.

The report further revealed that only a few countries have started to implement strategies to limit global warming below 2 or even 1.5 degree Celsius.

The USA’s ranking dropped due to its low to very low-rated performance in the GHG Emissions, Renewable Energy and Energy Use, the report said.