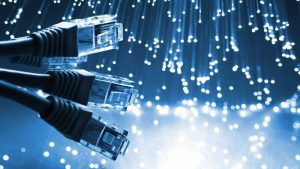 The company also said that it expected to complete 50 digitisation projects across the country — part of the $100 million investment announced last year, by December 2017. Cisco had, in March, unveiled its first Made in India product.

Dinesh Malkani, president, Cisco India and SAARC said at the Cisco India Summit 2017 that Cisco’s road map is very clear. He notified that the company’s first intention was to start with 5 or 6 products that they wanted to make in India for the domestic market such as access points, routers etc. The second stage is to make that centre (Pune) a global export hub. That is the next stage Cisco is working on right now.

He further mentioned that Cisco is encouraging their ecosystem providers to set up shop in India. He expressed that as part of Cisco’s country digitisation acceleration investment of $100 million, 50 of their digitisation projects across India will be completed by the end of the year.

These 50 projects include T- hub in Telegana, Fetri village in Rajasthan, a wi-fi project in Rajasthan and iCreate in Gujarat.

He added the in the next phase of the digitisation initiatives, the company is collaborating closely with state governments for projects, including the addition of 6 new innovation labs and 6 centres of excellence.