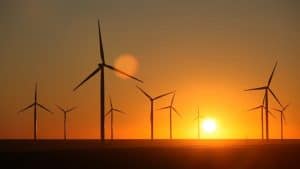 India’s renewable energy programme has accelerated rapidly in the past three years, starting with successful auctions of solar energy projects, which led to a sharp fall in tariffs. In the fiscal year that ended last week, the government has also launched several initiatives for the wind energy sector. These include introduction of bidding, steps to encourage wind-solar hybrid plants and new guidelines for the development of wind energy.

Only nine states in the country have winds strong enough to generate power. Of these, Andhra Pradesh added the maximum capacity of 2,190 MW, or over 40 per cent of the total capacity added.