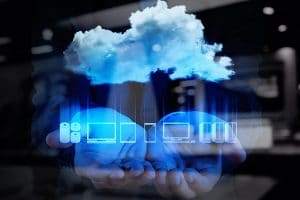 The deployment of cloud technology, or cloudification of networks, is kicking off from the core part of the network. The core network is the processing centre of real-time voice and video applications, thereby cloudifying core networks is the best first step, said experts.

Most telecoms operators are facing significant competitive pressure from rival operators and players in the adjacent sectors. Increased competition among telcos and Internet players has driven down voice and messaging revenues. Whilst demand for data services is increasing, forecasts predict that revenue growth in this segment will need to offset the decline in voice and messaging revenue.

Operators that fully embrace telco cloud will more-readily be able to grow new revenues, due to increased service agility and the ability to create new network-integrated services. In addition, they will be able to generate new revenue by entering new markets and/or adding new services to their existing portfolio.

The cloud adoption will also help these telcos to launch enhanced mobile broadband and ultra-low-latency services such as Internet of Things (IoT), augmented reality, virtual reality, 4K video, and connected cars, which have even higher demands on traffic.

Currently, the adoption of Voice of LTE (VoLTE) and rapid uptake of data services are driving the cloud deployment in India.

According to the Chinese gear maker’s estimates, 80 percent of the core network in India will become cloudified for the major operators by 2020-21. Tier-1 telecom operators are looking at hybrid networks, which will be a mix of legacy and cloud-enabled network. They will slowly move from the hybrid networks to direct networks.