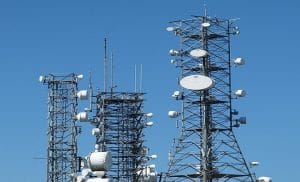 The Department of Telecommunications (DoT) has planned to offer online services for a faster wireless license allocations process. The initiative to go online is also to enable ease of doing business in the telecom sector.

Aruna Sundararajan, telecom secretary, in a media interaction informed about the department’s measures to facilitate ease of doing business. She said that the Standing Advisory Committee on Radio Frequency Allocation (SACFA), which provides clearances for wireless deployments and Wireless Planning and Coordination (WPC), which deals with statutory functions of the communications ministry had been put up online and was scheduled to be completed within a month.

The Department of Telecom has approved around 15 sets of recommendations put forward by the Telecom Regulatory Authority of India (TRAI), the highest number of proposals ever accepted within a year. It has also accepted a few other proposals and recommendations to boost the ease of doing business in the telecom industry in the country.

The telecom secretary informed about that the telecom gear testing process, that had recently been announced, would be held online as part of the ease of doing business. It has aimed to partner with 100 laboratories across the country by 2019 for the purpose.

In addition, the department has discarded double taxation to acquire licenses for mobile virtual network operators (MVNO), the system that runs telecom services by leasing either spectrum or network infrastructure from a telecom partner.

DoT has further planned to provide space for incubation centres and provide market access for products manufactured by the 80 startups it has identified for hand-holding.