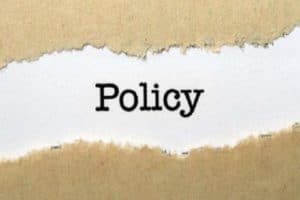 Delhi government is planning to promote ‘e-cycles’ through various financial incentives under its ambitious electric vehicle (EV) policy. It’s transport department has released a draft proposal for introducing e-cycles as a new segment under the Delhi Electric Vehicle Policy 2020.

An e-cycle is a bicycle with an integrated electric motor that will assist riders if they pedal at the same time. The draft proposal says that these cycles need to be fitted with suitable brakes and retro-reflective devices, including a white reflector in the front and a red one in the rear. It added that there will be higher incentives for ‘cargo e-cycles’, which will be used for last-mile delivery. A purchase incentive of 33 per cent of the price, up to Rs 15,000, per cargo e-cycle will be given to buyers of first 10,000 cargo e-cycles.

In August this year Delhi state government has announced a new EV policy which was introduced in December 2019. The Delhi EV policy aims to register 500,000 electric vehicles in the city by 2024. It will be driven by a bunch of incentives offered by the state government through its newly incorporated State EV Fund and State Electric Vehicle Board which will be chaired by the transport minister Kailash Gahlot.