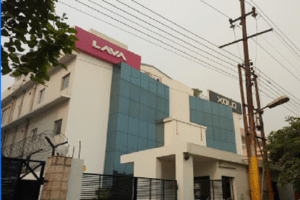 As per a report by the Economic Times, Lava International is in advanced talks with one of the top Indian telcos to make co-branded smartphones. It will be subsidised by the operator and will bring down the cost of the 4G device. The report added that , people familiar with the matter said that the company has already started making Nokia branded smartphones and is in talks with Motorola for similar tie-ups.

The report added that a person familiar with the matter said that Lava has reached an advanced level of talks with one of the telcos. Phones will be co-branded but will be subsidised by the telco. The company is in talks with all three telecom operators for design and manufacturing of smartphones added the person.

The report added that the person added that Lava also has plans to partner with companies that can share supply chains. It is already making smartphones for Nokia (HMD Global). It is looking to combine forces on the supply chain front. The person said that Lava wants to work with important companies that are from outside of the ecosystem in India so that their supply chain can be combined. the report added that when contacted, Lava Chairman Hari Om Rai said that the company is strengthening its manufacturing operations. It cant give specific details of its B2B business contracts due to non-disclosure pacts.

Lava, Bhagwati (Micromax), Padget Electronics, UTL Neolyncs and Optiemus Electronics, has been approved under the Production Linked scheme (PLI) by the Indian government. They have proposed production output of Rs 1.25 lakh crore over the next five years. The report added that the person said without specifying the target that the company has enhanced its production capacity to 30 million smartphones and 45 million feature phones. It will be able to meet the PLI target for this year.