French aircraft maker Dassault Aviation and Reliance Aerospace Ltd will lay the foundation stone of an aerospace park today which will manufacture aircraft components for the Indian as well as the global market. 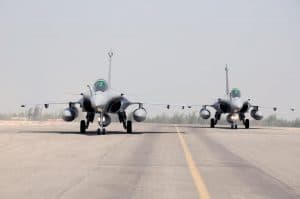 It is estimated to cost about Rs 65 billion.

According to PTI, a company release said that the joint venture will create state-of-the-art integrated ecostructure to execute the Rs 300 billion offset programme linked to the sale of 36 Rafale fighter jets by Dassualt Aviation to India.

Spread over 289 acres, DAAP is being touted as the largest greenfield aerospace project in India and will have assembly lines and manufacturing facilities for fixed wing aircraft, and produce aircraft components for global markets.