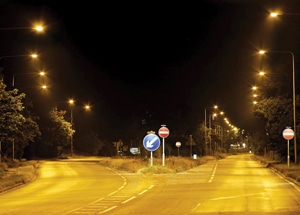 Besides targeting potential bulk users, the Bureau of Energy Efficiency is also trying to spread awareness about LED lights in municipalities and villages

The Bureau of Energy Efficiency (BEE) has been constantly making efforts to promote the use of LEDs not only to improve energy efficiency, but also to create a market for LED lighting products. BEE’s initiatives, which from time to time target bulk buyers, will help to market LED technology in every nook and corner of the country, scale up demand, and eventually push down the price of LED based lighting products.

Besides targeting potential bulk users like the Army, the Indian Railways and government departments, BEE is also trying to spread awareness about LED lights in municipalities and villages.

BEE has already started a project—Municipal Demand Side Management (MuDSM)—aimed at providing financial support to use LED streetlights in 23 municipalities. It carried out a survey of the municipal sectors in 15 states and UTs and proposed to replace conventional streetlights with LEDs. This will save 110.9 mega units (MU) of electricity, which would lead to a saving of Rs 4437 million annually. “In the longer run, it is expected that this programme will be proposed under the Jawaharlal Nehru National Urban Renewal Mission (JNNURM), which aims to build people’s confidence in LED technology, translating to its wider adoption and application,” informs a source at BEE.

Initially, a budget of Rs 450 million has been proposed under the MuDSM scheme. “The total investment in the MuDSM programme is envisaged to be over Rs 10,000 million. This programme can be implemented with the funds available under JNNURM, which can also be linked with the development fund of the Ministry of Urban Development,” says the BEE source.

In yet another move, BEE has released Rs 1.5 million to implement an LED village scheme in one village, as a demonstration project. The scheme aims to switch the existing incandescent bulbs in households and streetlights of the village to LED lights.

Manufacturers and consumers can benefit

For consumers, these initiatives by BEE could translate into a cut in prices for LED based lighting products; and with an assured market in place, manufacturers can also think of switching over to this new technology. For example, sensing the huge potential LED lights hold, Noida based Sahasra Electronics Pvt Ltd has entered this domain to cater to the domestic market, and believes that this market will fuel its future growth.

BEE aims to make LEDs cost effective in the next two years through market intervention and a certification programme. A 15 W LED light that used to cost over Rs 1500 about a year ago, is now available for around Rs 500 in the market. “Prices will go down further with the rise in demand, and this can happen only if the technology is promoted and adopted in every state and village,” says the BEE source.

The future of smartphone market in India