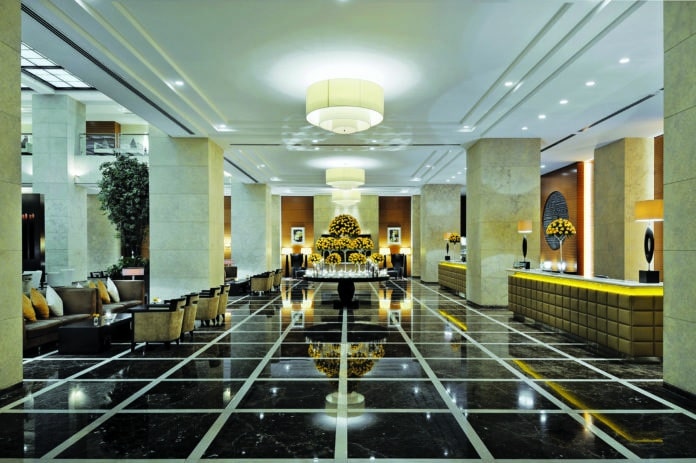 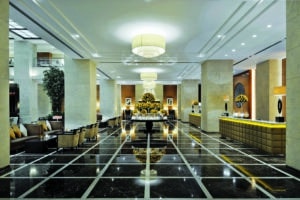 Lighting accounts for a significant percentage of the overall energy costs of the hospitality sector, which is now swiftly upgrading to LED options, not just for their visual appeal but also because they cut costs and energy consumption.

Lighting is a crucial component of the hospitality business. Interior designers and architects use it to create an environment that is welcoming and comfortable for visitors and guests. However, lighting is expensive and accounts for about 30 per cent of the hotel’s total electricity usage. In fact, many hotels report that energy ranks as the second highest operating expense after labour costs.

According to Indian hospitality industry findings, energy costs eat into almost 8-15 per cent of a hotel’s gross revenue. Therefore, lowering energy costs while increasing profitability is a key challenge that the industry is dealing with. LED technology has immense possibilities and opportunities for the hospitality segment because of its energy efficiency, long life span, cost savings and low heat radiation. Moreover, LEDs can be retrofitted within the existing lighting scheme.

LEDs also offer a lot of scope for lighting designers with their vast range of colour options. This allows designers to experiment with new colours to create unique spaces. All these make a very strong case for the hospitality industry to transition to LED technology.

Energy efficiency and lower costs: Hotels and restaurants use high amounts of energy, especially on lighting and spend excessively on electricity bills. However, upgrading to LED lights has made it possible to save money right after these are installed. LEDs consume 80 per cent less power and are far more energy-efficient than traditional lights like incandescent and fluorescent bulbs. Though the upfront cost of LEDs is much higher than with conventional lighting, the short payback time is worth it. One should think of LEDs as a long term investment.

LEDs help improve hotel design: LEDs are available in myriad sizes, from tiny diodes to large fixtures. The good brightness level of LEDs can enhance the design elements and layouts of hotels and restaurants, while consuming minimum power. Besides, LEDs enable many innovations in hotel lighting. Accent lighting can be installed in high ceiling areas or other spots that are hard to reach. And LED lights do not require to be changed frequently, which is their biggest advantage.

Directional lighting: LED lights are directional in nature—they emit light in one direction rather than scattering it in many. Incandescent lights throw light at all angles, making it difficult to focus the light to the area it is needed most in. LEDs also provide more flexibility with regard to light directions, and can be focused only in the specific direction desired. With this directional feature, no light energy is wasted or trapped within reflectors and diffusers. This makes LEDs ideal for ambient lighting, accent lighting and task lighting.

Maintenance costs: LEDs have a long life span, typically between 50,000 to 100,000 hours without a noticeable decrease in light output. This is significantly better than the short life span of traditional incandescent bulbs, which do not last much longer than 1,000 hours. As a result, this significantly reduces maintenance costs and the hassle of replacing bulbs from time to time.

Technological trends in the LED domain
LED lights are inherently compatible with digital controls, on account of being low-voltage semiconductor devices. And when paired with the emerging Internet of Things (IoT), they become more smart and responsive. The IoT systems can track time, measure ambient light, and program the morning/evening switch-on/off time via a simple user interface. This makes it easier to monitor, track, and reduce energy losses, and also gain valuable operational insights into a hotel’s energy consumption patterns. Hotels can also use LEDs to automate their consumption as per their requirements, and adapt to real-time changes in occupancy. IoT technology optimises hotel energy management, offering maximum cost savings and significantly increasing revenue opportunities. This has enabled hotels to achieve a new level of profitability by allowing operations managers to access valuable information that can be used for energy analysis and preventive maintenance.

LEDs that are equipped with sensors and microprocessors help to gather data about the people in the hotel, and the objects being illuminated. In some cases, the number of people present in the room can be gauged by using heat signatures and patterns of movement. This information is very helpful for hotels and restaurants to improve the distribution of light, based on requirements. Using occupancy sensors located in hotel rooms, data can be extracted and can help automatically turn down systems, including HVAC and lighting, when rooms are not occupied. This prevents unnecessary wastage of electricity. In addition, sensors enable fault detection, such as spotting broken parts or dirty lenses that require replacement or cleaning.

Most LEDs come with dimming technology, but what determines the perfect dimming performance depends on the LED driver’s quality and its compatibility. If the dimmer’s switch does not communicate well with the LED bulbs, the light will start flickering and affect the lighting temperatures. LED lights with dimming capabilities can brighten or dim areas. Dimmers are important for hotels to address the different moods of the guests, and to create ambiences that are memorable, unique and yet comfortable.

Another trend in LED technology is built-in lighting sources, which ensures there is no frequent need to replace the lights. They can be easily installed in the walls and ceilings seamlessly, which also improves the overall aesthetics of interiors.

Finally, RGB LED controllers for RGB LED lighting systems allow users to create unique lighting effects, and enhance the look and feel of the hotel. These controllers are available with a colour wheel, which makes it easier and faster to select the desired shades offered by the RGB LEDs. There is also an option that allows users to control the settings of RGB LEDs via a smartphone or tablet app.

Adoption of LED lights in the hospitality sector
With the high-tech lighting fixtures and the various lighting options available, the demand for LEDs has increased across the hospitality industry. The biggest advantage of LEDs is that the lighting fixtures come with the LED lighting modules instead of the traditional screw-in socket model. This gives a lot of room for lighting designers to experiment with different shapes of fixtures, and enhance their creativity in terms of lighting design. Besides, owing to its flexibility, integrating intelligent systems into LEDs is easier, and increases lighting efficiency by delivering light precisely where and when needed. This not only maximises performance, but also delivers significant economic benefits to hotels.

The hotel industry has been recognised as one of the key contributors of carbon emissions. According to a report by the International Tourism Partnership (ITP), the hotel industry must cut down its carbon emissions by 66 per cent by 2030 and 90 per cent by 2050 in order to keep global warming below the 2-degree threshold agreed upon during the Paris Agreement signed in 2016. LED lighting consumes an average of 40 per cent less power than fluorescents, and 80 per cent less than incandescent bulbs, to produce the same amount of light. Hence it can play a key role in achieving a hotel’s sustainability goals.

Another factor contributing to wider adoption of LEDs in the hospitality sector is the plummeting costs of manufacturing LEDs, which have been falling since 2012, mainly due to the declining average selling price of the chips and components used in the manufacturing process.

Sharon Katta - October 4, 2022 0
onsemi expands operations with a 3000 square-metre facility. The new centre announced by onsemi on the 4th of October 2022 encompasses the entire new-product development...

Translucia Enters The Indian Market to Develop an ‘Infinite Universe’

Sharon Katta - October 5, 2022 0
Sunovatech partners along to build US$3 billion Interconnected Metaverses. In order to build a virtual world with metaverse elements worth US$3 billion, Translucia has joined...

Sharon Katta - October 4, 2022 0
onsemi expands operations with a 3000 square-metre facility. The new centre announced by onsemi on the 4th of October 2022 encompasses the entire new-product development...