Huawei and ZTE’s plans come as they face international scrutiny on their 5G equipment, which some countries allege are used for snooping by China.

Chinese telecom equipment makers ZTE and Huawei are considering manufacturing in India to avoid paying a 20 per cent basic customs duty imposed by the government last year. Sweden’s Ericsson plans to invest more in its local facilities to increase exports. 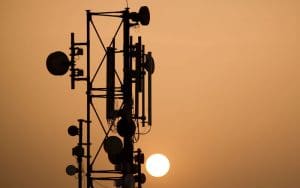 Xiao Ming, President, ZTE Global Sales, told Economic Times that the organisation is carefully looking at the feasibility of local manufacturing for which there is a subset of discussions going on with the Indian authorities.

He further mentioned that by seeing the ambitious target of the Indian government, ZTE is considering mobile manufacturing in the country. The executive said if the company can gain a cost advantage through incentives, then it would love to shift many of its factories to India.

Ambitious plans on the list
Huawei is working on a plan to resume local manufacturing of telecom gear and enterprise products, having stopped production from its special economic zone last year due to low demand and other challenges. The company caters to its customers in India through imports.

Huawei and ZTE’s plans come as they face international scrutiny on their 5G equipment, which some countries allege are used for snooping by China. The two companies have denied allegations. India is yet to take a final call on allowing them to participate in the upcoming 5G trials.

For the handset business, Huawei recently extended its manufacturing capabilities by partnering with Foxconn. It already works with Flex to make handsets in India.

European vendors Nokia and Ericsson have manufacturing facilities in India. However, they still bear 10 per cent duty on components to make telecom products locally. Ericsson plans to expand its manufacturing capabilities to start exports to more countries.