He said the country offers a huge market for companies like Apple and others to make for India and also export. 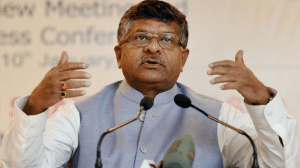 With the recent announcements on tax relief for manufacturing, India now has the same tax regime as Vietnam and Thailand.

India is currently the ninth biggest FDI recipient globally, but the country should aim to become the top recipient, Prasad said while addressing a seminar titled Invest Digicomm 2019 in New Delhi.

He said that India has everything to woo foreign companies, including vibrant digital profile, huge market and investor-friendly policies.

Prasad pointed out that India has also changed rules and tax regime to attract the best manufacturers in the world.

He said that the country offers a huge market for companies like Apple and others to make for India and for export markets.

FDI sees a jump over the last few years

Referring to Prime Minister Narendra Modi’s vision of Digital India, Prasad said emerging technologies like artificial intelligence, machine learning and Internet of Things will play a crucial role in the Indian ICT sector and contribute over one trillion dollars to the overall planned target of a five trillion dollar economy by 2024.

It is the most opportune time for investors across the world to be part of the India growth story, he said.

“India has a lot to offer,” said the minister, noting that the country represented a key market for social media firms like Facebook, WhatsApp and Twitter.

Data will be an important area of growth and India should aim to be a global hub in data analytics, he added.

Digital India facing hurdles due to lack of clarity in FDI...