The US-based electric vehicle maker is recruiting for positions including head of sales and marketing, and head of human resources 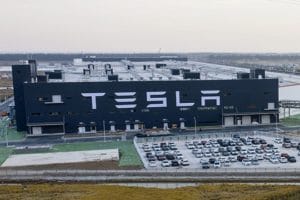 Tesla is expanding its workforce in India, as it looks to recruit for leadership and senior-level roles in the country, as per a recent report.

Citing people familiar with the matter, a Bloomberg report said the US-based electric vehicle maker is recruiting for positions including head of sales and marketing, and head of human resources.

This comes as the electric vehicle giant gears up to expand its business into what the Bloomberg report calls ‘one the world’s biggest emerging car markets’. Tesla CEO Elon Musk had confirmed earlier this year that it would be entering the Indian market in 2021, and subsequently even registered its office in Bengaluru, adding that it could possibly open up an R&D centre as well as a factory in the country.

Tesla recently hired Prashant Menon as Tesla India’s Chief Executive. Menon has been working with the EV maker for about 4 years.

A Tesla fan club on Twitter said that the company also hired a senior legal counsel for its India business.

Tesla also welcomes the initiatives taken by the government to accelerate the adoption of EVs in the country, having recently approved a PLI scheme for manufacturing EV batteries in India.

The Bloomberg report quotes its sources, saying that the company is closely monitoring the government’s announcements regarding changes to the country’s goods-and-sales tax that may reduce the cost of owning an electric car, and also waiting for further incentives for EV makers under India’s production-linked incentive program before it makes a real push into the country.