Home Headlines Make in India: The story so far 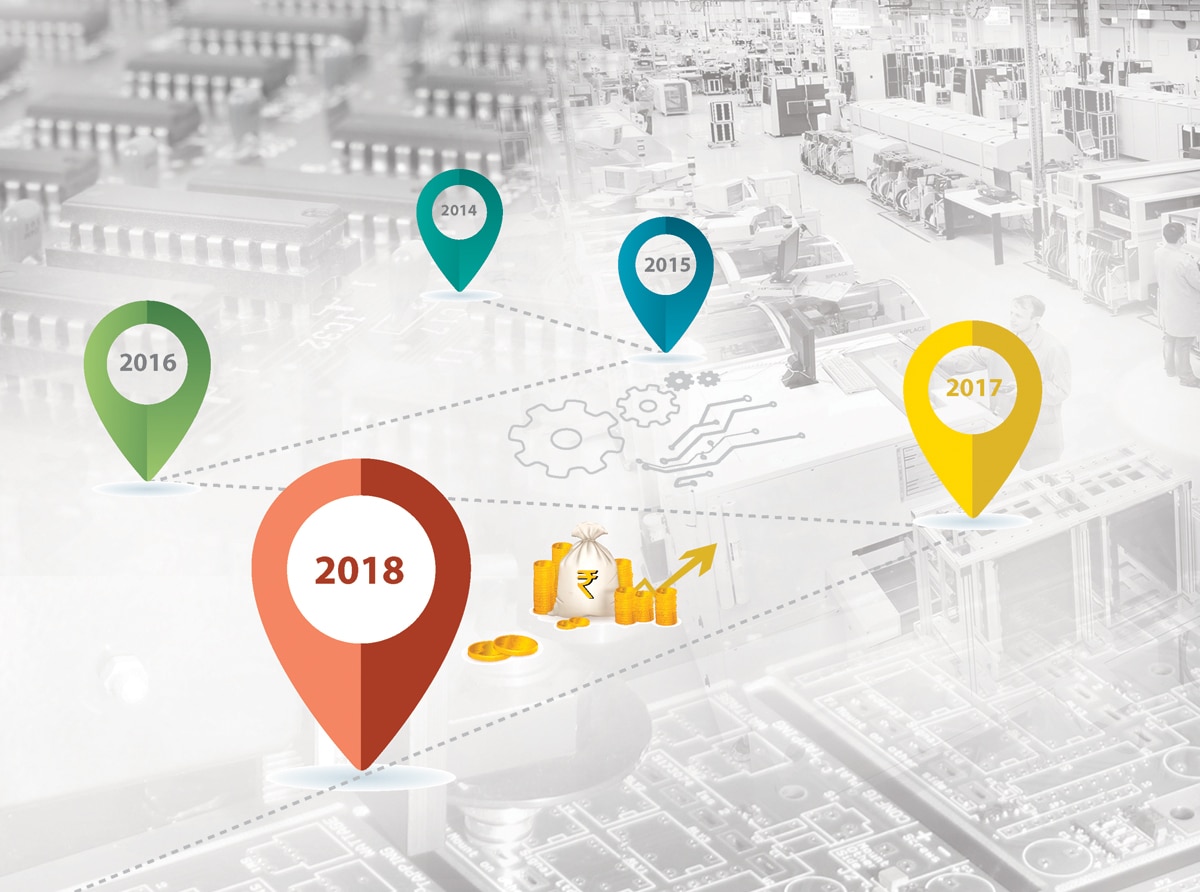 The ‘Make in India’ call from the Indian government has encouraged global investors operating in different verticals to make investments in the country and boost their business by promoting their brands in the country. But has the initiative lived up to expectations?

Launched on September 25, 2014, ‘Make in India’ is a major national programme of the Indian government that promotes investment, innovation and skills development, apart from protecting intellectual property and building world class manufacturing infrastructure in the country. The need for this initiative was felt because manufacturing in the country was facing a number of challenges, including difficulties in the setting up of new factories because of tough land acquisition norms, archaic labour laws, cheap imports from China that hampered domestic production, and the problems associated with inadequate infrastructure.
Since the launch of this programme, the government has announced several steps to improve the business environment by streamlining many processes in the country. This has resulted in an exponential rise in domestic production and has pushed India further towards becoming a manufacturing hub. Now in its fifth year, industry experts believe this initiative is an active invitation to investors and organisations around the world.

In relation to the Indian electronics industry, Make in India is not just an inspirational slogan. It represents a comprehensive reform of processes and policies, as believed by various industry veterans. It represents a radical change in the way the government thinks, moving from being a licensing agency to a business partner, in line with Prime Minister Modi’s belief in ‘minimum government, maximum governance’.

Vivek Yadav, senior vice president, Havells India Ltd, believes that Make in India is a journey which should be viewed as a process of ongoing change and not a destination wherein we pronounce a verdict. He thanks the government for the impetus provided to local manufacturing and the strict rules to curb imports, in order to boost local electronics manufacturing. “Companies are now increasingly considering setting up operations in India, especially in the mobile phone sector, to serve the Indian domestic market,” says Yadav, citing the example of the Samsung manufacturing unit that was recently inaugurated in Greater Noida.

Meenu Singhal, vice president – industry business, Schneider Electric, is optimistic about the focus and push the Make in India programme has given to the industry. Singhal is of the opinion that the ease of doing business has increased, along with the adoption of automation in manufacturing processes driven by IIoT or Industrial Internet of Things. This is helping manufacturers become more agile to cater to the ever changing demands.

With the launch of the Make in India initiative in 2014, the government also focused on boosting the electronics and IT hardware manufacturing sector to achieve the goal of zero electronics imports by 2020. Gaurav Ahluwalia, managing director, R&M India, says that the initiative has enabled rapid growth in the electronics manufacturing sector. “This call from the Indian government has encouraged various global and foreign investors operating in different verticals to make investments in India, and boost their businesses by building their products in the country,” says Ahluwalia.

Satish Kumar V., co-founder and CEO at EverestIMS Technologies Pvt Ltd, believes that the Make in India campaign has encouraged both multinational and domestic industrialists across the globe to invest in India and manufacture their products on Indian soil. He adds that the establishment of local R&D centres has increased the use of India’s software engineering skills, leading to more employment. “The initiative has also provided a platform to enhance the skills of the workforce,” Kumar adds.

However, for India to achieve its stated goals of reviving the manufacturing sector and providing jobs to the millions of unemployed youth, massive investments, including major contributions from foreign investors, are still needed.

Manufacturing GDP – where does India stand?
Demonetisation, which sucked Rs 154 trillion worth of currency out of circulation in November 2016, severely set back the manufacturing sector. The automobiles sector was a case in point, with monthly sales dipping by 19 per cent in December 2016, the biggest monthly fall in 16 years, as buyers delayed purchases. The informal sector, which comprises over 80 per cent of the economy, was the worst hit. Hundreds of small units downed their shutters, leaving thousands jobless.

With the Make in India initiative, the government planned to raise the contribution of the manufacturing sector to GDP to 25 per cent and create 100 million new jobs by 2025. Four years down the line, though much of the feedback from industry experts is positive, certain statistics suggest otherwise.

Yadav feels the lion in the Make in India logo should be roaring forward by now. To ensure this happens, he feels red tape should be a thing of the past. “A country will move up the ladder of prosperity if it can manufacture the goods and produce the services required by its people, and also export a considerable part of those goods and services. Thus, the need of the hour is to translate policy into action with a laser-beam focus,” he says.

Kumar adds, “Elimination of unnecessary laws helps to carry out regulatory clearances faster. By cutting down the taxes for startups, India has positioned itself as the world’s third biggest IT startup hub in promoting various technologies. This step has played an integral role in facilitating jobs and nurturing innovative skills among the youth of India.”

Ravi Raj, brand head and director-sales and support at NetRack, believes that Make in India is a golden opportunity that is helping to make India a global hub for design-led electronics manufacturing, enabling it to attract investments and to create skilled jobs in the country. He says that in order to see a big shift to the high value-added product-based manufacturing model in the ESDM sector, the fabless semiconductor ecosystem requires active support from both the government and the industry bodies. There should also be a focus on design and intellectual property ownership to boost and scale up the sector.

Big players in the field
India has caught the attention of many big players as a suitable manufacturing destination. Ajay Prakash Sawhney, secretary, MeitY, shares his optimism, stating that India has all it takes to become the hub of innovation and entrepreneurship and will witness rapid growth in manufacturing. He points out the endless potential that untapped sectors like medical electronics, automotive electronics, defence electronics, telecom, robotics and all the modern fields offer. India has one of the best startup ecosystems in the world and the country has everything it takes to become the next global manufacturing hub.

There have been a few big ticket investments announced in manufacturing, but interestingly, most of these are from MNCs. The latest to do so is Kia Motors, an arm of South Korea’s Hyundai, which announced in April that it would build a US$ 1 billion plant in Andhra Pradesh. Chinese handset makers, such as Xiaomi and LeEco, have set up factories in India, while Apple has also said it will assemble phones in India.

Holitech Technology has signed an MoU with the state of Andhra Pradesh and will start local manufacturing of components in Tirupati for Xiaomi by Q1 2019. The company will be investing nearly US$ 200 million over three years, and will be the first manufacturer in India to make compact camera modules (CCMs), thin film transistors (TFTs), capacitive touchscreen modules (CTPs), flexible printed circuits (FPCs), and fingerprint sensors locally. The company aims to generate 6000 jobs in three years.

Chinese electronics consumer durables major Haier has announced that it will invest ₹ 30.69 billion to set up a new manufacturing plant in Greater Noida. This is to manufacture electronics and home appliances. The company is expected to create almost 4000 new direct employment opportunities along with over 10,000 indirect jobs.

Many other such manufacturing announcements are still works in progress. There is an onus on the states too, to implement measures to attract more investments.

Though the industry is optimistic, ‘Make in India’ has not taken off the way it was expected to. It remains to be seen what magic the government will spin in the last year of its tenure to revive the manufacturing sector.