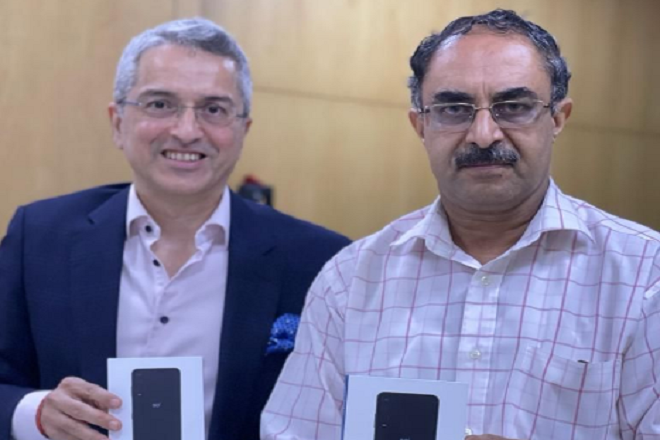 Ajay Prakash Sawhney, secretary, Ministry of Electronics & Information Technology, launched the first 5G millimetre phone manufactured by Dixon Technologies at one of its facilities in India. Dixon, in a social media post, also mentioned that it has started exporting such phones to the United States.

“The first phone was launched by Hon.Secretary – Ministry of Electronics…Congratulations to Mr.Pankaj Sharma(President) & the entire Team of mobile division,” read the social media post.

The company had partnered with US-based smartphone manufacturer Orbic to manufacture smartphones for Orbic in India at a manufacturing facility in New Delhi. The new Orbic Myra 5G UW will be the first 5G millimetre wave product to be produced in India for export to the US, Dixon had earlier said in a statement.

“We are extremely excited to partner with Orbic for the manufacturing of mobile phones. Orbic has established a strong and trusted partnership with its growing global customer base. World class manufacturing of electronic products in India is a reality today and this partnership is a testament to the same,” Sunil Vachani- Executive Chairman of Dixon Technologies had said.

Dixon Technologies is one of the 14 companies (domestic & international) which has been granted approval under the PLI scheme of Government of India for IT hardware manufacturing.

“This partnership with Dixon further expands Orbic’s presence in India with software development for its smartphones being done in Bangalore. Qualcomm Technologies has been critical to the development and expansion of 5G and has also been invaluable in enabling us on this journey. Orbic is pleased to be able to support the Government’s vision for more industries to support the made in India initiative,” said Mike Narula, CEO of Orbic North America.