Widespread adoption of digital technologies across India on the back of increasing internet access could potentially boost key economic sectors by 2025, said a report by McKinsey Global Institute (MGI) released on Wednesday. 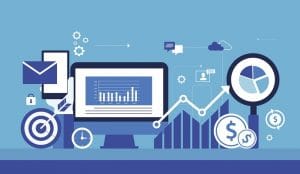 The report, which surveyed 600 Indian firms, found out that core digital sectors already constitute a large and growing portion of India’s economy and could contribute $355 billion to $435 billion of GDP (gross domestic product) in 2025.

India’s digital economy in 2017–18 accounted for 8 per cent of nominal GDP, or about $200 billion, according to estimates of MGI. The report mentioned that most of this value – nearly $170 billion – comes from core sectors that already provide digital products and services at scale, including IT and business process management (IT-BPM), $115 billion; digital communication services, including telecommunications, $45 billion; and electronics manufacturing, including mobile handsets $10 billion.

The remaining value comes from early scaling of newly digitising sectors and applications like e-commerce and direct benefit transfers. The report stated that India could see significant economic growth coming for three distinct sectors and activities, as digital applications are becoming omnipresent.

“First are the core digital sectors of IT-BPM, electronics manufacturing, and digital communication services. These sectors, already well recognised as part of India’s digital economy, are inherently digital in nature or create products and services that help others digitise. Second are newly digitising sectors such as agriculture, financial services, healthcare, and logistics, which have traditionally not been considered sectors of the digital economy but are increasingly using digital applications to become more productive. Third are government services and markets for jobs and skills, both of which are ripe for digital applications that can boost efficiency,” according to the report.

India, according to the MGI report, has the potential to add about 275 million internet subscribers by 2023, to reach a total of more than 835 million subscribers. This growth would also be contributed by digital communication services, which will potentially have an economic value of $50 billion to $55 billion in 2025.