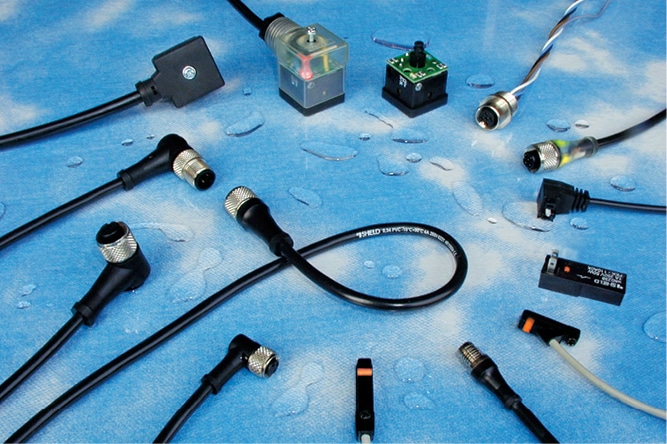 Top-notch electronic products have become an essential element of our lives and the demand for them is increasing due to the advances in technology and cheaper Internet access. Electronics is now the world’s fastest growing sector and plays a prominent role in all other verticals too. The government is also highly focused on electronics hardware manufacturing as it will boost the Digital India and Make in India initiatives. According to MeitY, electronic hardware and component manufacturing in India faces immense challenges from competing nations due to numerous local hindrances, which include inadequate infrastructure, high cost of finance and logistics, and inverted custom duties.

By the end of 2022, the global market for electronic components is expected to reach US$ 191.8 billion, as per a report by Global Industry Analysts Inc., with Asia-Pacific being the most dominant region in this sector. The growth of the electronic components industry in India will increase due to the massive transformations in technology such as the emergence of 4G/LTE networks and the Internet of Things (IoT), policy boosts from the government like Digital India and Smart Cities, wider broadband connectivity, and e-governance programmes.

To make India a global hub for electronic component manufacturing, major investments from global players as well as Indian companies and SMEs is the urgent need of the hour. Electronics production can be divided into three categories – finished products, electronics manufacturing services (EMS), and components (including semiconductors/ATMP (assembly testing mark pack)/IC packaging). Component manufacturing is a high value addition segment and creates more employment opportunities in comparison to the other segments. The average BoM (bill of materials) for components accounts for approximately 50 per cent of the cost of most electronic devices; so for a market of US$ 400 billion by 2025, the demand for components would be to the tune of US$ 200 billion. Currently, domestic component manufacturing in India is worth US$ 10-12 billion. It would be a Herculean task to take this figure to US$ 200 billion by 2025 at the present pace of manufacturing.

Expected growth of the electronic components market
A recent report from ELCINA featured in electronicsb2b.com stated that demand for electronic components in India is about US$ 32 billion, of which what is locally manufactured amounts to almost US$ 10 billion. The remaining US$ 22 billion is split between imported components and PCB assemblies. Reaching even 40 per cent of the original target, i.e., US$ 100 billion, seems difficult at the moment. ELCINA secretary general Rajoo Goel is of the opinion that component manufacturing in India should aim to grow by at least 25-30 per cent to reach a turnover of US$ 40 billion by 2025. 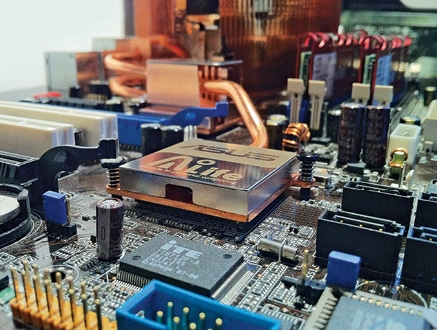 Indian industry is still operating at the lower end of manufacturing, as it is currently only assembling most electronic products, which makes the target of achieving a turnover of US$ 400 billion by 2025 rather difficult. Even if India wants to achieve only 25 per cent of that target, it needs the domestic component industry alone to grow to US$ 50 billion by 2025.
A couple of years back, Ernst & Young analysed that the Indian market is dominated by electromechanical components (such as PCBs and connectors), which accounted for around one-third of the total demand, followed by the demand for passive components (such as resistors and capacitors). However, in recent times, active electronic components (like integrated circuits, diodes, etc) and the associated components (like optical discs, magnets, RF tuners, etc) have also witnessed significant growth in demand. While the industry’s composition is not predicted to change substantially, there is a rapid decline in the demand for products such as cathode ray picture tubes and CDs/DVDs, which had until recently constituted a significant share of India’s manufacturing base and market. This is due to technology obsolescence and changing consumer preferences.

With respect to the manufacture of electronic components in India, Faisal Kawoosa, founder of techArc, says, “Passive electronic component manufacturing is not an issue and has been happening in India for some time now. Where we are struggling is with active electronic components. There are several issues linked to it, the key one being that we don’t have the IP to build these components. We have to rely on foreign companies who may not be ready to share the IP to the extent of transferring the technology. Also, we don’t have the infrastructure that is needed. For instance, we don’t have a semiconducter fab, which is the most essential building block for electronics manufacturing. As we do not have the end-to-end knowhow in this sector, we may be doing the entire value chain, but in a non-integrated way.”

The other challenges the Indian electronic components manufacturing sector faces are:
The cost of manufacturing products is high in India as basic raw materials still need to be imported from other countries. There are high import and custom duties on these raw materials, which makes profit margins slimmer.

Dealing with the challenges
To tackle the major challenges, these sources at IESA suggest that India should focus on the key, high volume components, such as discrete and analogue semiconductors (which require less investment), passive components and displays. If local manufacturers are offered incentives and entry barriers are created for the imported components for which there is a thriving local industry, the Indian electronic component industry can hope to do reasonably well.

Some of the PSUs like BEL, ITI (SITAR) and SCL (now owned by ISRO) have already got component manufacturing facilities, and the government has invested more than US$ 500 million in them. There is a proposal to upgrade the SCL (Semiconductor Complex Ltd) facility to increase its capabilities and capacities. However, these projects are growing very slowly. The government needs to fast track the projects and invest in upgrading the facilities so that they can produce most low-end components, which will serve the requirements of strategic electronics.

Some additional measures that can help to overcome common constraints include:

Direct tax holiday: Indian manufacturers have to bear high costs of finance, energy and logistics/transportation. These increase their total costs by 10-12 per cent when competing in the international market. To offset this, the government should give a tax holiday to local manufacturers. Vietnam and Thailand, for instance, offer a direct tax holiday to their manufacturers on the basis of the quantum of investment and the type of technology being used in production. It will be difficult for India to attract investments without providing similar incentives. ELCINA recommends a tax holiday for a block of five years should be offered during the first ten years after the commencement of commercial production of components. Keeping in mind the competitiveness of existing units, they should also be provided a 50 per cent rebate on corporate tax, subject to their investing in substantial expansion.

Plug-and-play facilities in EMCs: To support infrastructure development, it is recommended that plug-and-play units be provided to component manufacturers. The Central government should incentivise state governments to take ownership of electronics manufacturing clusters (EMCs). The public-private partnership (PPP) model is the most effective, since the hassles of acquiring land are reduced. Ready-made factories can be provided to interested manufacturers at reasonable terms, on a lease basis. The infrastructure facilities should include, among other things, all the essential services such as electricity, water, transport, logistics, single-window approvals and social infrastructure. This will allow manufacturers to invest in manufacturing rather than blocking their capital in the acquisition of land at a premium price, and struggling to comply with complex state and central rules/approvals.

Availability of funds to acquire technology from abroad: A corpus of funds should be made available to facilitate the acquisition of technology for component manufacturing, including the payment of royalty. The size of the fund may be decided upon after due deliberations with industry players and senior government officials. This is because there are a number of units in developed countries with contemporary technology that are becoming unviable due to higher costs. These companies are keen to relocate to lower cost economies and India provides an excellent opportunity for them. The technology costs can be paid for through this fund, and the technology can then be transferred to interested investors in India.