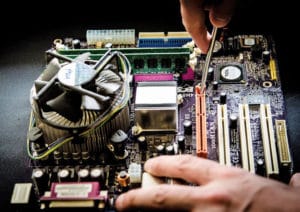 The Indian government is offering various incentive schemes to boost the domestic production of electronic components.

At the time of India’s Independence, the country’s engineering and electronics industries had a very nominal share in its GDP, as the technology was just developing. The primary aim of Indian planners was to promote heavy machinery building and the electronics industry. It was in the late 1970s that the demand for electronic and electrical products started gaining  momentum in India. And in the late 1980s, the government of India also shifted its focus towards promoting growth, which helped the electronics industry flourish, attracting considerable foreign investments and boosting Indian startups.

With the arrival of mobile phones and other smart gadgets, the Indian electronics industry witnessed a spurt in demand and growth, but the country lacked manufacturing facilities for both the products and components because of various reasons. As the demand for smartphones and IoT enabled electronic gadgets continued to increase sharply, India had to find a way to manufacture and assemble the products domestically, since its electronics import bill was soon going to overtake its oil import bill. This is when the ‘Make in India’ initiative was launched by Prime Minister Narendra Modi, to boost the economy as well as increase employment. 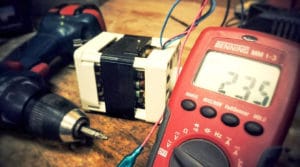 After that, India commenced dozens of manufacturing and assembly operations, with foreign firms such as Xiaomi, Samsung, etc, setting up their manufacturing hubs here. Yet, 80 per cent of the most important inputs, which is the components, continue to be shipped predominantly from China and other countries. This is increasing the cost of locally finished products in India. After several consultations with major electronics associations and with manufacturers, the overnment has finally stepped in to unleash various policies and schemes that will boost electronics and component manufacturing in India.

The Electronics Development Fund: An early initiative
To set things rolling, the Prime Minister in a cabinet meeting in 2015 announced the setting up of the Electronics Development Fund (EDF). This was launched during the inauguration of the Digital India Week. As part of the Digital India programme, the government envisaged developing the Electronics System Design and Manufacturing (ESDM) sector to achieve net zero imports by 2020. Setting up the EDF was one of the important strategies to enable creating a vibrant ecosystem for innovation, R&D and active industry involvement. The EDF was set up as a ‘Fund of funds’ to participate in professionally managed ‘Daughter funds’, which in turn would provide risk capital to companies developing new technologies in the area of electronics, nano-electronics and IT.

The EDF aims to help attract venture funds, angel funds and seed funds towards R&D and innovation in specified areas. By creating a battery of daughter funds, a pool of fund managers can seek out good startups (potential winners) and select them for funding, based on professional considerations, MeitY’s official website claims. Let’s look at some of the other important policies announced by the government to boost the manufacture of electronic devices and components in India, some of which are pretty recent.

Foreign Investment Policy
India welcomes investors in the electronics and IT sector. The government of India is striving to bring about greater transparency in policies and procedures to provide an investorfriendly platform.

A foreign company can start operations in India by registering under the Indian Companies Act 1956. Foreign equity in such Indian companies can be up to 100 per cent. At the time of registration, it is necessary to provide the following details about the project—a local partner (if any), structure of the company, its management and shareholding pattern. A joint venture has the advantages of established contracts, financial support and the distribution/marketing network of the Indian partner.

Approval of foreign investments is through either the automatic route or government approval. The government of India facilitates foreign direct investment (FDI) and investments from non-resident Indians (NRIs), including overseas corporate bodies or OCBs predominantly owned by them, to complement and supplement domestic investments. Foreign technology induction is encouraged both through FDI and through foreign technology collaboration agreements. These can be approved either through the automatic route under powers delegated to the Reserve Bank of India (RBI) or otherwise, by the relevant government authorities.

National Policy on Electronics (NPE)
This was initially announced in 2012 to promote the growth of the electronics industry. But, due to the lack of a clear vision and schemes, the policy failed. It was revised last year with more schemes and incentives, and backed by a very clear vision. The Union Cabinet approved the revised policy to promote the growth of the ESDM clusters and escalate domestic anufacturing of electronic goods and components. With this revised policy, India aims to achieve a domestic turnover of US$ 400 billion by 2025 from the electronics sector. It also expects to create 10 million fresh jobs by the end of 2025. The important aims of the National Policy on Electronics (NPE) 2019 are as follows:

Apart from this, the government has also announced new fiscal policies to promote the growth of the electronic components and hardware segments. As of now, the peak rate of custom duty is 10 per cent. The custom duty on 217 Information Technology Agreement (ITA-1) items is 0 per cent. The agreement covers the following main categories of products and components: computers and peripherals, telecommunication equipment, electronic components including semiconductors, semiconductor manufacturing equipment, and software and scientific instruments, state sources at MeitY.

Latest policies and announcements on components
According to the Electronic Industries Association of India (ELCINA), the domestic electronic components market has increased from US$ 11 billion in 2015-16 to US$ 20.8 billion in 2018-19. Domestic production of electronic components is valued at approximately US$ 10 billion, of which around US$ 7.7 billion is domestically consumed. In July 2019, Ravi Shankar Prasad, union minister for electronics and IT, had said that around 120 mobile phone manufacturing plants were operational in the country.

To promote the manufacture of electronic items in India, the Indian government has approved the Production Incentive Scheme (PLI) for large scale electronics manufacturing that comprises incentives for players manufacturing mobile phones in India, as well as for specified electronic components like assembly, testing, marking and packaging (ATMP) units. According to the government’s official statement, “The PLI scheme shall extend an incentive of 4 per cent to 6 per cent on incremental sales (over the base year) of goods manufactured in India and covered under target segments, to eligible companies, for a period of five years, subsequent to the base year as defined.”

“Due to this, the domestic value addition for mobile phones is expected to rise 35 per cent to 40 per cent by 2025 from the current level of 20 per cent to 25 per cent. The total employment (direct and indirect) potential of the scheme is approximately 800,000 jobs,” the statement added.

Along with this scheme, the government has also launched special schemes and incentives for manufacturing semiconductors and electronic components. From the date of announcement, the scheme will be open for applications for three years, while the incentives will be available on investments for five years.

As per the official statement of the GoI, “The scheme will provide financial incentives of 25 per cent on capital expenditure for the identified list of electronic goods that comprise the downstream value chain of electronic products, i.e., electronic components, semiconductors/display fabrication units, ATMP units, specialised subassemblies and capital goods for the manufacture of the aforesaid goods, all of which involve high value-added manufacturing.”

The government opined that this incentive scheme will offer an investment of approximately ₹ 200 billion. An exclusive report in electronicsb2b states that the ‘…plant, machinery, equipment, associated utilities and technology, including R&D of the industrial units making investments for manufacturing of electronic components, semiconductors, ATMP, specialised sub-assemblies and capital goods for these items, in the specified categories, are covered.