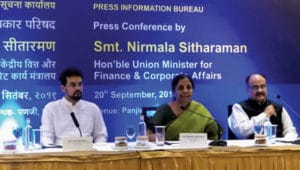 For domestic and foreign investors coming to terms with the suddenly sluggish Indian economy, the Budget came as a further jolt, sending the stock market into a downward spiral. The government’s quick response to these alarm bells was to reduce corporate tax quite dramatically for existing businesses, and tax new manufacturing companies at an even lower rate. The Indian electronics industry has welcomed this announcement.

Post liberalisation in the 1990s, policy makers and economists in India had got used to a heady GDP growth rate. But GDP growth dropped to a mere 5 per cent in the April to June quarter of this year, following a massive reduction in consumer demand and foreign investments. This was the slowest GDP growth in the past six years!

Rajiv Kumar, vice-chairman of NITI Aayog, has stated that in order to halt further economic slowdown, urgent intervention is needed by the government, with new fiscal policies and schemes. The extent of the deepening economic crisis was felt when one of India’s leading entrepreneurs, the founder of the Café Coffee Day chain, ended his life due to alleged harassment by tax authorities, unmanageable debts and slow growth. Vehicle sales have declined tremendously over the past few quarters. However, sales of consumer electronic items such as smartphones, smart speakers, washing machines, refrigerators and air conditioners have grown faster in the six months from January to June 2019, compared to the same period last year, claims multinational market research firm GfK (Growth from Knowledge).

The maiden Budget of Finance Minister Nirmala Sitharaman received widespread criticism due to several inappropriate tax proposals that endangered FDI and reduced investor confidence. The slowdown in India’s GDP reflects problems across all sectors, according to market experts speaking to BBC. A month back, India’s central bank, the RBI, had announced a US$ 24 billion one-time payout for the cash-starved government.

The government has taken up this matter very seriously. The Central government’s earlier target to make India a US$ 5 trillion economy by 2024 seems elusive. To hit that level, India needs to grow at 9 per cent each year (for the next five years). In September this year, Finance Minister Nirmala Sitharaman rescinded many proposals in the Budget and announced that the government will reduce corporate tax for all domestic companies to 25.17 per cent from 30 per cent, inclusive of all cesses and surcharges. To provide relief to companies that enjoy exemptions and incentives, the rate of the Minimum Alternate Tax (MAT) was reduced from 18.5 to 15 per cent.

The base corporate tax was reduced from 30 per cent to 22 per cent for existing firms, while domestic manufacturing companies set up after October 1, this year, will be charged corporate tax at the rate of 15 per cent, without any incentives. For these companies, the effective corporate tax rate will be 17.01 per cent, including all cesses and surcharges.

The highlights of the new corporate tax proposals

The Indian electronics industry, too, has welcomed this announcement. The reactions from national leaders and industry stalwarts follow. 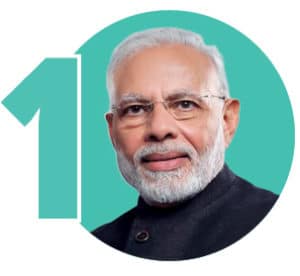 “The step to cut corporate tax is historic. It will give a great stimulus to Make in India, attract private investments from across the globe, improve the competitiveness of our private sector, create more jobs and result in a win-win situation for 1.3 billion Indians.”
—Shri Narendra Modi, Prime Minister, India 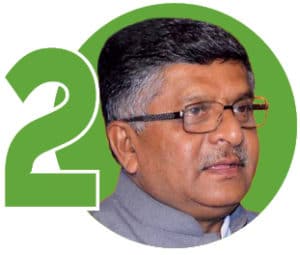 “Bold measures announced by the Finance Minister. Corporate tax rate reduced to 22 per cent for domestic companies that do not avail any other exemptions or incentives.”
—Ravi Shankar Prasad, union minister, law and justice, communications, electronics and IT 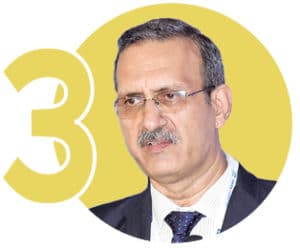 “The rate cut in corporate tax from 30 per cent to 22 per cent and MAT from 18.5 per cent to 15 per cent is indeed historic and a major boost to the slumbering economy. It will wake up the sleeping giant.
“This is a measure the electronics industry, which faces zero duties under the ITA-1 Agreement of the WTO, has been pining for. ELCINA appreciates that while existing companies have been given major relief, the support for new manufacturing companies is even higher with the corporate tax rate reduced to 15 per cent! This is a good move as it encourages new investments but also will not lead to significant revenue loss as, typically, new manufacturing companies face a longer gestation period of a few years to stabilise and start making profits.
“This step will also attract foreign investors to establish companies and manufacture in India, as these rates match the corporate tax rates offered by competing countries such as Vietnam and Thailand. With India’s huge market, we should surely become the preferred location for global companies.”
—Rajoo Goel, secretary general,
Electronics Industries Association of India (ELCINA) 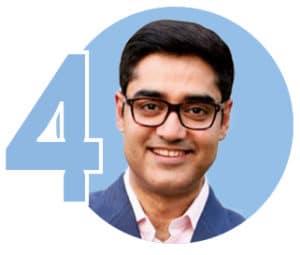 “The announcement to cut corporate tax rates for existing domestic companies to 22 per cent and for new manufacturing companies to 15 per cent is a progressive step that will spur growth. The decision will not only further India’s ease of doing business, but also provide an impetus to the manufacturing sector in the country. We believe that the move will enable Indian organisations to compete at par with the developed nations on a global scale.”
—Manish Sharma, president and CEO,
Panasonic India and South Asia

“The well-timed tax relief measures are a concrete step towards stabilising the economy and bolstering investments. This will help spur growth and employment opportunities in key sectors.”
—C.P. Gurnani, MD and CEO, Tech Mahindra 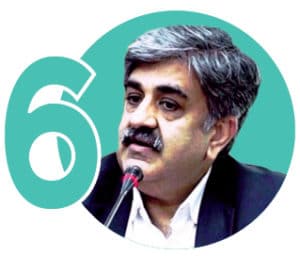 “The global investment community, especially in the mobile and electronics sector, has been looking at alternative manufacturing locations beyond China, based on the current global economic scenario. We at ICEA are confident that with such an enabling policy environment in place, it will be possible to reach the mobile handset manufacturing target of US$ 190 billion by 2025, which is approximately 50 per cent of the overall electronics manufacturing target (with the export target being US$ 110 billion).”
—Pankaj Mohindroo, chairman, India Cellular & Electronics Association (ICEA) 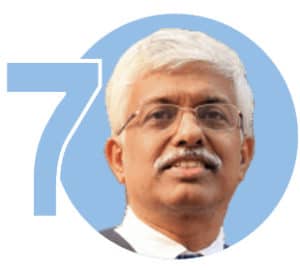 “The recent announcement by our finance minister will provide a big push to electronics components and systems manufacturers. While existing Indian corporates will see extra cash for reinvestment as well as debt servicing, the 15 per cent tax which translates to 17 per cent effective tax for new manufacturing companies, will attract lots of new companies from abroad who are looking at India for its large domestic market opportunities in electronics, as well as part of their‘China Plus One’strategy. Giving time till 2023 for availing these new tax benefits provides enough time for new companies to set up their factories and achieve full scale production. With China’s CST (Central Sales Tax) at 25 per cent, Vietnam’s at 20 per cent, and Malaysia’s at 24 per cent, India sure is the hope for most of the manufacturers.”
—Rajesh Ram Mishra, president, India Electronics & Semiconductor Association (IESA) 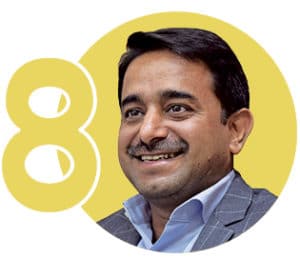 “The recent announcement by the finance minister on reducing the corporate tax will bring about structural reforms within the economy. Reduction of corporate tax to 15 per cent for new local manufacturing companies making fresh investments from October 1, 2019, will boost investments and FDI in the auto sector. This will further fuel the Make in India initiative in the automobile sector.”
—Jeetender Sharma, MD, Okinawa Scooter 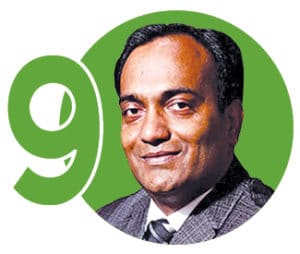 “The reduction in the corporate tax rate is a significant step taken by the government of India. This announcement will assure every investor that the government is very keen on stimulating the investment cycle. Giving corporates an option to avail far lower taxes can be a persuasive consideration for businesses to scale up their investments. The bold move to lower corporate taxes represents a welcome change. This will certainly boost the Indian economy and the ‘Make in India’ vision.”
—Manoj Kumar Pansari,
chairman and MD, Astrum India

“With the reduction in corporate tax, India now becomes competitive when compared to other countries, in terms of taxation. This move will attract foreign firms and boost profit margins for smartphone players. It will help in employment generation and in attracting investments for local R&D operations. It will also give a boost to local manufacturing operations by bringing more component suppliers to India, such as those making displays, camera modules, etc.”
—Anshika Jain, research analyst,
Counterpoint Research