After a turbulent period characterised by supply chain disruption and the pandemic-infused economic challenges, Apple’s smartphone market share has recorded growth to stand out from competitors. Over the past year, the American tech giants have registered the highest growth in market share while slicing away the dominance of closest competitors like Samsung.

Data presented by Burga indicates that Apple’s estimated global smartphone market share surged 20% between 2021 Q1 and 2022 Q1, from 15% to 18%. Samsung has recorded the second-highest growth in market share by 9.09%, from 22% to 24%. Despite Apple registering the highest gains, the American tech giant trails Samsung in overall global market share. 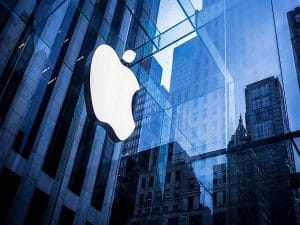 Other smartphone manufacturers registered a drop in market share, led by Oppo and Vivo, both by 20%. Xiaomi’s share also dropped 7.14%, while other manufacturers have seen their share plunge by 3.57%.

The research attempts to explain how Apple has managed to flip the scale and record growth in market share, considering other competing manufacturers are offering devices at low prices. According to the research report:

“Interestingly, Apple is gaining ground in market share despite the company’s smartphones mainly being considered expensive compared to competitors. It can be assumed that the devices are gaining more appeal with the company leveraging its loyal consumer base that is attracted by the devices’ regular new features and the overall innovative designs.”

In the coming quarters, the smartphone market share will likely shift depending on how the companies react to factors like semiconductor shortages. Manufacturers that will adopt mitigation measures like designing in-house semiconductors will likely emerge on top.

Additionally, manufacturers that will adapt to new trends like designing budget-specific devices focusing on particular markets will potentially stand out.