Will the price of solar modules fall despite growth? 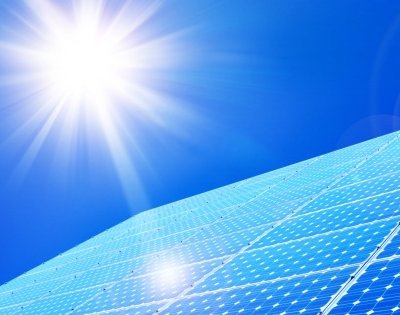 Tuesday, November 26, 2013: It is being said that today electricity produced by big solar plants costs anything between Rs 4 to Rs 5 every kWhr, provided the company is in a position to benefit a tax benefit called ‘accelerated depreciation’, else it comes to be around Rs 6.5 every kWhr. This figure is surely impressive as these will stay fixed for atleast the coming 20 years, while the cost of conventional source of power will keep going up.

This drop in price was made possible by the decline in the prices of modules, the panels that face the sun in a solar set-up. Even in 2010, module prices cost about $1.8 a watt; today it costs between 60 and 80 cents. Though the fall was aided by technology, the principal reason was the intense competition caused by over capacity of module making, reported Hindu Business Line.

Now that we are coming to the end of 2013, the obvious question is if the module prices will further fall, or rise. With 2,500 MW of solar power capacity being added in the coming year, it is very crucial how 2014 will be.

Many solar market research firms have said that they expect anywhere between 40,000 MW to 55,000 MW of solar power capacity to be added next year globally.

While it seems that given the demand, there may be rise in prices, 4 leading solar market research firms feel that the prices will go down. The report added, China-based IHS Solar Research says that while the demand will rise (to 40,500 MW) in 2014, “some overcapacity will persist in the market”. “Prices will decline but the drop in prices will be moderate compared with the collapse of 2011 and 2012,” Stefan de Haan, Principal Analyst, IHS – Solar Research told HBL. IHS expects prices to fall to 65 cents a watt, down from its benchmark of 73 cents in the current year.

There are two things that go in favour of Indian cells and module manufacturers. First up, the number of government-supported schemes that mandate local procurement and secondly, the 375 MW of capacity earmarked for domestic cells and modules under the upcoming bid of the National Solar Mission.