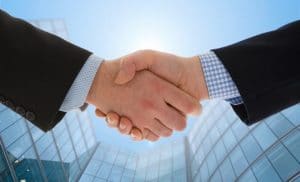 Veeco Instruments Inc has announced that Transphorm, Inc, a global supplier of gallium nitride (GaN) products for high voltage power conversion applications, has selected Veeco’s Propel HVM MOCVD System for high-volume production of GaN-based RF (DoD and Commercial/5G) and power electronics Epiwafers. It said that the The Veeco system is a good fit for Transphorm’s Epi sales business, and purchased under a US DoD Office of Naval Research (ONR) contract N68335-19-C-0107 from an OUSD (R&E) TAM/MINSEC program to establish a US based dedicated production source of GaN Epitaxy for high performance RF and millimeter-wave electronics. The system was selected for its capability to deliver cutting-edge process at high-throughput and the lowest cost per wafer compared to other MOCVD systems.

Umesh Mishra, Ph.D., chief technology officer and co-founder of Transphorm said, “Being at the forefront of GaN-based power and 5G devices that offer efficiency and high-power density, requires world-class manufacturing solutions that are capable of scaling to mass production while offering flexibility to continuously innovate. Veeco’s Propel HVM system is uniquely qualified to do that. The multi-reactor, single-wafer technology provides flexibility and exceptional throughput at a low cost of ownership.”

The Propel system is designed on the foundation of Veeco’s decades of compound semiconductor materials science leadership as per the company. The system is a key enabler for today’s demanding GaN applications critical for next-generation communications infrastructure and highly efficient power devices.

The Propel system’s single-wafer reactor platform enables the processing of six- and eight-inch wafers or two- to four-inch wafers in a mini-batch mode. It accelerates production ramping due to faster recipe capabilities up to 50 per cent quicker than when using traditional batch tools claimed the company. The system also includes Veeco’s IsoFlange and SymmHeat™ technologies, which provide homogeneous laminar flow and uniform temperature profile across the entire wafer delivering world-class uniformity and repeatability.

Ajit Paranjpe, Ph.D., Veeco’s chief technology officer said, “We are proud to have our MOCVD technology selected by a pioneer and recognized world leader in the GaN revolution. Transphorm’s decision to adopt our high-volume MOCVD technology is proof of the system’s uniformity, throughput, repeatability and cost of ownership advantages over batch technology. We appreciate the collaboration with Dr. Lee McCarthy, Dr. Umesh Mishra and Dr. Primit Parikh at Transphorm during their technology evaluation which ultimately led to their valued selection of the Propel HVM platform.”