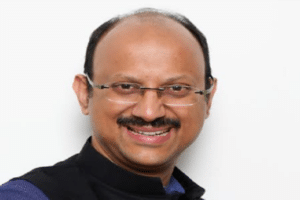 It said that the new board will be to build on TiE Bangalore’s existing initiatives, strengthen the ecosystem connects with Government, Corporates, Investors and Academia, and ensure that voices of the entrepreneurs are amplified at the policy level

Padaki said, “As someone who had benefited immensely from the TiE Bangalore network during the early stages of my entrepreneurial journey, I believe that TiE Bangalore adds tremendous value to entrepreneurs, by creating a nurturing ecosystem that is always supportive of their growth journeys. In this new role, I am fortunate to get an opportunity to pay it forward to every entrepreneur in the TiE network. I also thank our previous Governing Board, led by Ravi Gururaj as the President for steering us successfully through some challenging times, and for seeding several new initiatives that we can build on.”

“We will work at the intersection of tech and social entrepreneurship with a focus on agriculture, health, skills and education, rural commerce, financial inclusion, etc. and will expand TiE Bangalore’s reach to enable entrepreneurs across all non-tech sectors to grow, with a specific focus on women entrepreneurs. We also believe that entrepreneurial mindset is a critical 21st century skill and will work on scaling up the TiE Young Entrepreneur (TYE) program to reach all schools and colleges in Karnataka, especially in the rural hinterlands. This will enable more of our youth to create local ventures that can generate jobs” he added.

TiE Bangalore played a pivotal role in Madan’s entrepreneurial journey when a few years out of college, he co-founded MeritTrac as India’s first skills assessments company which was subsequently acquired by Manipal Global Education. He has been a longstanding Charter Member and Governing Board member of TiE Bangalore since 2010.

A social entrepreneur working at the intersection of entrepreneurship, rural communities, and youth, he is presently leading 1Bridge, a village commerce network, as its Founder & CEO. He is also Co-founder & Managing Trustee of Head Held High Foundation and Co-founder of Global Alliance for Mass Entrepreneurship (GAME). He is also an angel investor in several start-ups and is also a Strategy Advisor to UNICEF India for the YuWaah initiative

Ravi Gururaj, outgoing President of TiE Bangalore said, “Over my two terms starting 2017, the TiE Bangalore board worked diligently to nurture and strengthen the start-up ecosystem across Karnataka and our city. We have engaged closely with corporate partners on numerous knowledge sharing, business connects, mentoring, and innovation initiatives, with the Government of Karnataka on path-breaking startup initiatives including the very successful Elevate Grant initiative, supported the scale-up of our highly impactful IoT Forum, helped give roots to student entrepreneurs via the TiE Young Entrepreneur (TYE) Initiative and rolled out new global initiatives such as TiE Women. I am delighted to hand the baton to Madan, a passionate, energetic, and successful entrepreneur and believe he is ideally qualified to lead and grow our TiE Bangalore chapter’s impact in new sectors and innovative initiatives.”