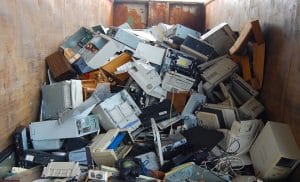 As per a report by the Indian Express, the Delhi government is planning to set up three electronic waste parks in each municipal division for dismantling and recycling used products. The report added that officials are preparing a plan on how the parks are to be built following directions from the principal scientific advisor to the Centre, and L-G. An official said that the parks will have buildings for dismantling and recycling processes. E-waste recycling was earlier not permitted in Delhi, but the MCDs allowed it recently.

The official said the plan involves collecting e-waste from informal sector workers at these three parks. It will then involve supplying recycled products to manufacturers from here. The parks are proposed to be spread over spaces of about 20-acre each in areas within north, east and south Delhi.

The report added that the official said that the two products can be derived by recycling e-waste. They are metals and plastic. There are processes that ensure both these recycled products are of good quality and can be used again by manufacturers. Producers of electronics can take back recycled products from here

The report added that through these parks, the government hopes to control illegal processing of e-waste in areas such as East Delhi’s Seelampur. Officials also said development of such facilities would help electronic producers meet their waste collection and recycling targets as per their extended producer responsibility (EPR) under the E-Waste (Management) Rules 2016.