To win SECI’s tender, a successful solar power bidder will have to set up a domestic manufacturing unit of 600 MW besides quoting the lowest price 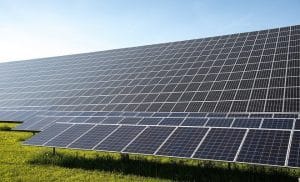 The Solar Energy Corporation of India (SECI) has extended the deadline for submission of bids by solar power developers to generate 10,000 MW of solar power to October 12. This is the third time that the state-run body has made such an extension following the need for suitable bidders.

The tender was postponed because of requests by bidders seeking additional time to secure partnerships with local manufacturers and to complete ongoing negotiations to source modules at better prices.

SECI had earlier issued the largest global solar tender having 5 packages of 2000 MW each. The aim was to support ‘Make in India’ initiative and to cut down on solar power tariffs. To win the contracts, a bidder must quote the lowest rate of selling electricity in the auction. An additional requirement of establishing a local manufacturing capacity of 600 MW each for every package won was also set.

Solar power developers in India mostly import solar modules and equipment from China as they come at comparatively cheaper rates. Local manufacturers constitute around 10 per cent of the market. In 2017, the solar power tariff stood at Rs. 2.44 per unit which was the lowest till date. Although the country has a 100GW solar power target by 2022, the developers’ preference of Chinese manufacturers over the local ones has added to the concerns.

India had recently increased the tariffs on the imports of solar cells and modules from China and Malaysia. The ministry of new and renewable energy has also been discussing to impose solar power tariffs at Rs. 2.5 and Rs. 2.68 per unit for developers using domestic and imported solar cells and modules, respectively.

However, the government has released manufacturing-linked solar scheme to boost the solar business in India, which currently stands at the third rank after the US and China. The scheme provides assured power purchase agreements (PPA).